Ohio songwriter signs to I Surrender Records for his first EP, A Constant State of Ohio 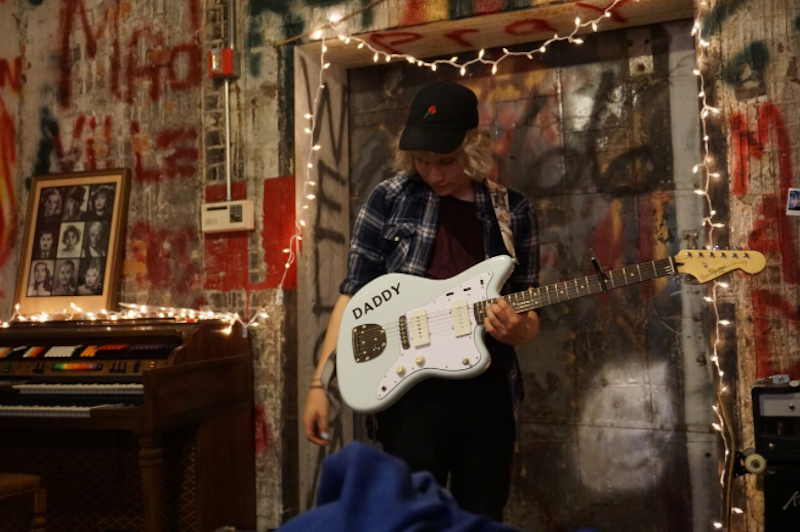 No matter how far away it is in your history, it’s impossible to forget the unease of starting up in a new place. Whether it’s moving to a new school or trying to set up a life in a different city, that gripping sense of anxiety is familiar to all of us. It’s a feeling Cincinnati native Lincoln found himself struggling with when he first started college, but thankfully, he had his music as an outlet.

Lincoln wrote “Smokey Eyes” to help himself cope with being introduced to a new environment, which makes it quite the fitting choice for his debut single. The track introduces us to a smart and sardonic songwriter who lays sharp lyricism over a punchy barrage of emo-backed alternative rock. “So help me make amends with all my friends,” Lincoln begs on the chorus. “most other people are just dead ends/ There’s nothing worse than making friends.” Dripping with almost ironic sweetness while adventurously shifting through deep drum salvos and despondent piano solos, it recalls the earlier work of Say Anything’s Max Bemis, back when youthful disenfranchisement and a quick wit were all he had to work with.

“I wrote Smokey Eyes when I first started college and was leaving behind a lot of people and things,” Lincoln explains to Consequence of Sound. “There was a lot of general bitterness and anxiety going on which is I guess what I was trying to get through. The title isn’t meant to refer to a real person, more some unrealistic ideal of a person that I know would still leave me just as angry as I was before even if they were real.”

“Smokey Eyes” is our first taste of Lincoln’s debut EP, A Constant State of Ohio, which is due out January 27th on I Surrender Records. Pre-orders will go live on December 9th, the same day “Smokey Eyes” becomes available for download. Check out the album artwork below.