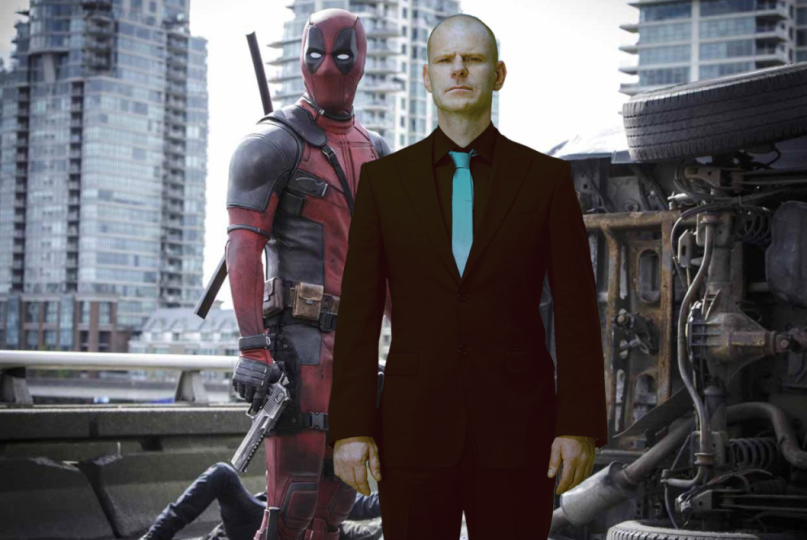 Late last month, Deadpool director Tim Miller departed the surprise hit’s upcoming sequel due to creative differences with star/producer Ryan Reynolds. Now the fallout between the pair has claimed another victim, as composer Junkie XL has exited the production in a sign of solidarity with Miller.

“Tim was the driving force behind Deadpool and me getting involved in this amazing project,” reads a statement from the composer/producer, also known as Tom Holkenborg. “Deadpool without Tim at the helm just does not sit right with me and that is why I have decided not to be involved in the second chapter.”

So while FOX and the Deadpool 2 producers look to find a new director (signs are currently pointing towards John Wick helmer David Leitch, though maybe Quentin Tarantino has a shot), they’ll also have to keep their ears open for a new musical head. As for Junkie XL himself, he’s still heavily involved in superhero cinema, as he’ll soon followup his Batman v Superman: Dawn of Justice score with Hans Zimmer by working on Zach Snyder’s Justice League.

It is with a heavy heart that I have decided not to score the upcoming Deadpool Movie. I love this character and creating his and the movie’s original score was a monumental chapter in my life, personally and professionally.

Since it was revealed that Deadpool’s brilliant creative director Tim Miller will not be involved in the project anymore, I have undertaken some soul searching. Tim was the driving force behind Deadpool and me getting involved in this amazing project. Deadpool without Tim at the helm just does not sit right with me and that is why I have decided not to be involved in the second chapter.

It was a difficult decision, as I love the project so much and I know how eagerly the next installment will be anticipated, it’s hard to walk away from something so unique, but it also has to feel right.
Hope everyone understands. Onward and upward.

As for Miller’s departure, reports are coming out that the creative differences centered on scope and casting. The director apparently wanted to go towards bigger, more traditional superhero blockbusters while Reynolds and writing duo Rhett Reese and Paul Wernick were intent on keeping things small and scrappy. However, Miller had previously stated he didn’t think Deadpool 2 needed to go “bigger,” so take this with a grain of salt.

Another disagreement apparently arose over the casting of Cable, the expected co-lead of the sequel; Miller liked Kyle Chandler for the part, but Reynolds felt he didn’t fit the original comic character’s mold closely enough.