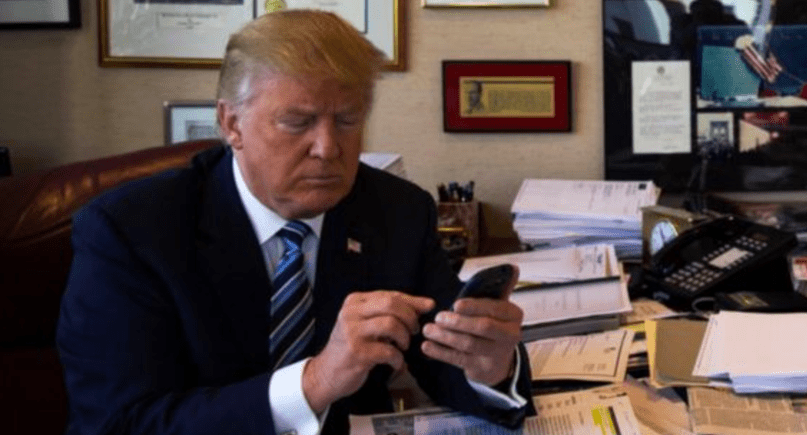 On Friday night, a multiracial group of actors, several of who are openly gay, took the stage at Richard Rodgers Theaters to perform Lin-Manuel Miranda’s Tony Award-winning hip-hop musical Hamilton. Vice President-elect Mike Pence, a man who advocates for conversion therapy, attended the production. He was roundly booed as he walked into the theater. When the show was over, the cast returned to the stage and delivered a stern, but reasonable message to Pence: “We are the diverse America, who are alarmed and anxious that your new administration will not protect us, our planet, our children, our parents, or defend us and uphold our inalienable rights. But we truly hope this show has inspired you to uphold our American values, and work on behalf of all of us.”

After consoling Pence as he cried himself to sleep, President-elect Trump popped a few greenies and took to Twitter to express his outrage. “Mike Pence was harassed last night at the theater by the cast of Hamilton, cameras blazing,” Trump tweeted. “This should not happen! The theater must always be a safe and special space. The cast of Hamilton was very rude last night to a very good man, Mike Pence. Apologize!”

Our wonderful future V.P. Mike Pence was harassed last night at the theater by the cast of Hamilton, cameras blazing.This should not happen!

The Theater must always be a safe and special place.The cast of Hamilton was very rude last night to a very good man, Mike Pence. Apologize!

Hamilton actor Brandon Dixon has since responded to Trump, writing, “Conversation is not harassment. And I appreciate Mike Pence for stopping to listen.”

@realDonaldTrump conversation is not harassment sir. And I appreciate @mike_pence for stopping to listen.

Proud of @HamiltonMusical. Proud of @BrandonVDixon, for leading with love.
And proud to remind you that ALL are welcome at the theater.