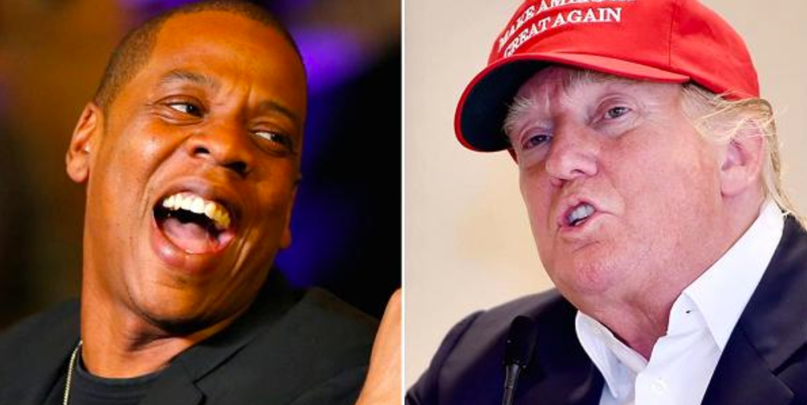 Jay Z was among the acts to perform at a get-out-the-vote event held in Cleveland, Ohio, Friday night in support of Democratic presidential candidate Hillary Clinton. Not surprisingly, conservatives were quick to jump on Clinton’s association with the “known cop hater” and his usage of explicit lyrics during the event.  Noted pussy grabber Donald Trump, himself a bastion for morality, led the charge during an event held in Tampa, Florida, on Saturday, telling the crowd, “I’ll tell you what: I’ve never said what he said – in my life!”

Whatever you say, Donald.

"Because our children are listening" – @HillaryClinton

Trump slams hypocrite Hillary Clinton over Jay Z's use of N & F-words at her rally. pic.twitter.com/XQSJ9g3Xn6