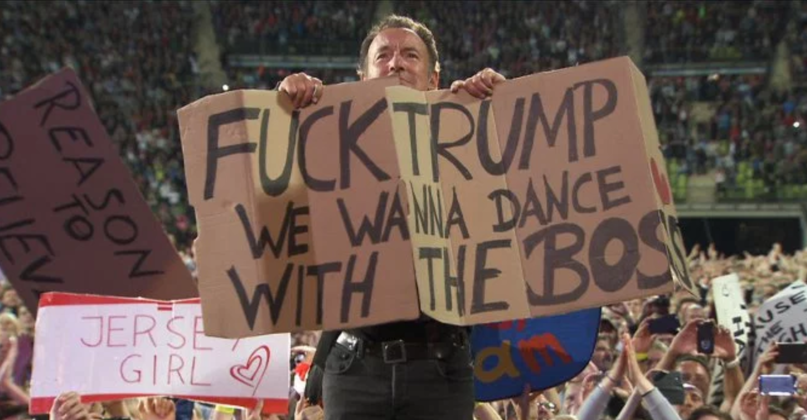 Bruce Springsteen has referred to Donald Trump as a “moron,” “toxic,” and “narcissist,” and tomorrow he’ll hit the campaign trail in opposition of the Republican nominee. The Boss is set to perform at a Hillary Clinton campaign rally at Philadelphia’s Independence Hall, appearing alongside President Barack Obama, First Lady Michelle Obama, and former president Bill Clinton.

So it shouldn’t come as much that Trump’s basket of deplorables didn’t take kindly to Springsteen’s music being played at a Trump rally in Pittsburgh Sunday night. According to reports from the ground, supporters booed as “Glory Days” and “Born in the U.S.A.” played over the loudspeaker. Eventually, the sound guy got the message and pulled the plug.

Springsteen is being booed at this Trump rally as Glory Days plays — presumably because he opposes Trump.

These people are going to hell.

Crowd is booing Bruce Springsteen song on the soundtrack at Pittsburgh Trump rally! Republicans booing "Born in the USA"!