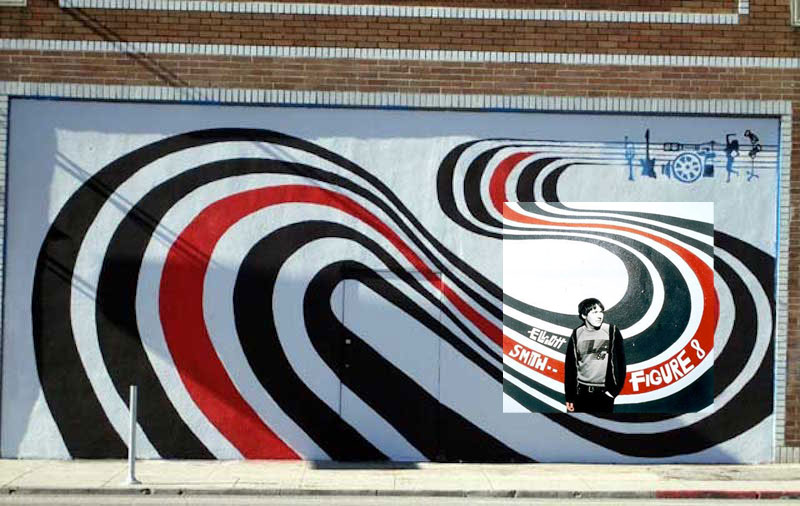 Even before Elliott Smith stood in front of it for the cover of his final album, Figure 8, the red, white, and black mural at 4330 West Sunset Boulevard in the Silver Lake neighborhood of Los Angeles was something of a local landmark. Since Smith’s death in 2003, it’s become a memorial site where fans leave flowers and scrawl messages to the beloved singer-songwriter. All of that likely won’t be allowed anymore, however, as a section of the mural will be removed to make way for the window of a new bar going in at the location.

Though the mural has gone through changes over the years, including numerous restorations and re-paintings, this latest will be the most drastic and permanent alteration of all. Still, the site will be no less a Smith-ian landmark, as the casual bar and restaurant moving in will be named Bar Angeles after one of Smith’s most famous songs. What’s more, the removed section of the mural will be brought inside as a focal point of the décor. There’s no word yet on if cocktails will be called “Rose Parade” or “Waltz #2”, or if closing time will be “2:45 AM”.

Created by the group behind Grand Central Market’s Horse Thief BBQ and Highland Park’s Café Birdie, the build-out of Bar Angeles has already been completed after more than a year of work, according to Eater L.A. (via Time Out Los Angeles). A grand opening has yet to be announced, though it’s anticipated sometime in January of next year.