The Tool frontman doesn't tell all, but he does peel back layers of himself 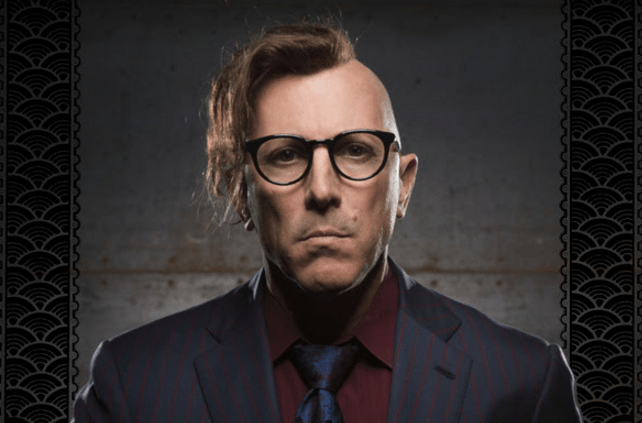 A Perfect Union of Contrary Things is the interesting but flawed new authorized biography of Maynard James Keenan, written by journalist Sarah Jensen. Jensen has known Keenan for some 30 years, and she may very well appear in the book; more than one “Sarah” graces the pages, and in Jensen’s eagerness to include everyone who may have influenced the rock legend, she hurls at the reader endless lists of names that make as much of an impact as a drop of rain in the ocean.

The book is at its best while setting the scene, immersing the reader in Keenan’s world. Jensen delights in the sights and sounds of the Michigan countryside and the litter in the Boston streets. Fans looking for a peek behind the stage curtain — how members of Tool, A Perfect Circle, or Puscifer get along or insights into the writing of their songs — will be disappointed. Keenan has long considered that kind of information to be too personal for journalists, and he did not make an exception for his authorized biography.

The book follows his passions: his love for his friends and mentors, the underground bands that he listened to, the authors he read, and the finer points of making wine. Jensen follows these interests rather too faithfully; for example, the section on Keenan’s vineyards will be too shallow for oenophiles and too long for literally everyone else. The book is hurt by its hero worship, so uncritical as to be ridiculous. “He sings of the fire’s spirit, of the taste of ashes on the tongue, of the truth on the other side of the mirror.” Some of the prose is so purple that Brutus tried to stab it.

And yet, the subject is interesting, and Jensen has a good nose for anecdotes. Casual fans will learn a lot about the rocker’s life, and diehards will be interested in the writers and thinkers who influenced Keenan’s intellectual development. We have selected five passages that we hope will illuminate the book without giving too much away — after all, the livelihoods of more than one person may depend on the sales of A Perfect Union, and we hope, if you like what you read here, that you will consider purchasing the full account. You won’t find any juicy gossip, but you’ll find a better understanding of one of the modern titans of rock.

Click ahead to see the five surprising things we learned from A Perfect Union of Contrary Things.