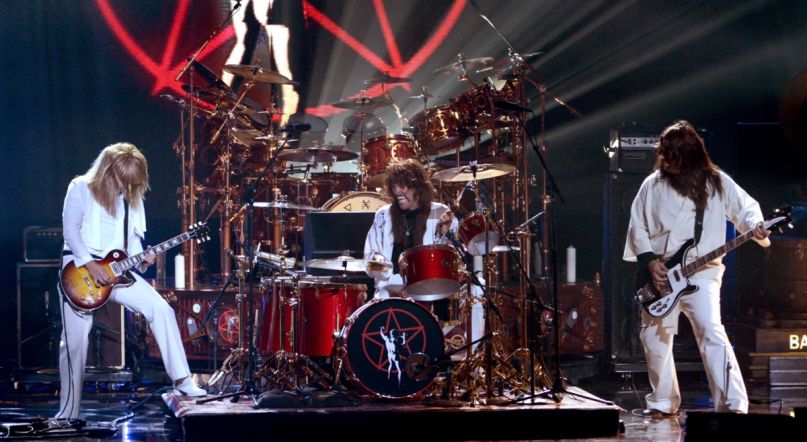 Next month, RUSH will mark the 40th anniversary of their seminal album 2112 with an expansive new box set. In addition to rare, live, and previously unreleased material, the tracklist boasts new covers from Foo Fighters’ Dave Grohl and Taylor Hawkins, Alice in Chains, Billy Talent, and others.

Grohl and Hawkins’ presence on the reissue should come as no surprise. In 2013, the pair were part of RUSH’s induction into the Rock and Roll Hall of Fame, even dressing as the band to perform “2112 Overture”. Foo Fighters also covered “Tom Sawyer” in concert, and Grohl’s mom is best friends with Geddy Lee’s mom.

For the 2112 box set, Grohl, Hawkins, and Grammy-winning producer Nick Raskulinecz contributed a studio version of “2112 Overture”. Lee and Alex Lifeson previewed the track during a recent appearance on CBC Radio 2’s The Strumbo Show. Listen here (scroll to the 46:00 mark).

Previous Story
“Who is Taylor Swift voting for?” is currently the most searched result on Google
Next Story
R.E.M.’s Michael Stipe gets interviewed by Alec Baldwin for Here’s The Thing — listen
Popular
More Stories
[fu-upload-form form_layout="media" title="Submit Your Photo"][input type="hidden" name="ugc" value="1"][/fu-upload-form]