Frank Ocean talks Def Jam label drama, why he chose to skip out on the Grammys in new interview 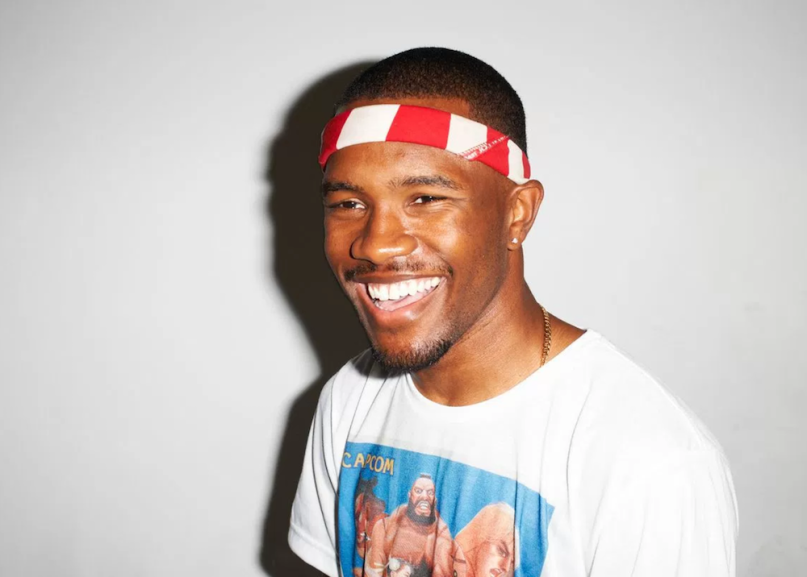 Following a brief chat with reporters at the White House State Dinner last month, Frank Ocean has sat down with the New York Times for his first published interview in three years.

The R&B crooner touched on a number of topics over the course of his lengthy discussion with reporter Jon Caramanica, including his drama with label Def Jam, how he deals with fame, and the reasons for purposely skipping out on the 2017 Grammys (he calls it his “Colin Kaepernick moment”). He also talked about experimenting with non-music projects and how “autobiographical” albums Endless and Blonde were always constantly evolving throughout the creative process (he had 50 versions of “White Ferrari”!).

Below, read through a couple of choice excerpts. Head here for the full interview.

On the tumultuous end to his Def Jam contract:

He [Ocean] replaced his team — new management, new lawyer, new publicist. And he began negotiations to free himself from his contract with Def Jam, the label that had signed him in 2009 and effectively shelved him until his self-released debut mixtape “Nostalgia, Ultra” caused a stir online in 2011. “A seven-year chess game” is how he described the process of buying himself out of his contract and purchasing back all of his master recordings — using his own money, he said.

As a condition of the arrangement, he said, Def Jam took on distribution of his next project, “Endless,” which is available only as a streaming video album on Apple Music. Then, less than two days later, came a big surprise: “Blonde,” released independently by Mr. Ocean. (Apple Music paid to host the premiere of “Blonde,” but Mr. Ocean said there was no ongoing relationship with Apple.) This was Mr. Ocean’s checkmate, an album wholly his own that took center stage.

On his decision not to submit Endless and Blonde for the 2017 Grammys:

“That institution certainly has nostalgic importance. It just doesn’t seem to be representing very well for people who come from where I come from, and hold down what I hold down.”

“I think the infrastructure of the awarding system and the nomination system and screening system is dated. I’d rather this be my Colin Kaepernick moment for the Grammys than sit there in the audience.”

On experimenting with new release formats and possible non-music projects:

And moving forward, what he may choose not to do is release an album without a visual component, or even release something album length at all. “Because I’m not in a record deal, I don’t have to operate in an album format,” he said. “I can operate in half-a-song format.”

Or he might devote less time to music. “I believe that I’m one of the best in the world at what I do, and that’s all I’ve ever wanted to be,” he said. “It’s more interesting for me to figure out how to be superior in areas where I’m naïve, where I’m a novice.”

On leaving Los Angeles for London in 2013:

“It started to weigh on me that I was responsible for the moves that had made me successful, but I wasn’t reaping the lion’s share of the profits, and that was problematic for me.

I had, in the midst of all of this, this feeling of isolation. Within my circle, there was a lot of places I thought I could turn that I felt like I couldn’t turn to anymore.”

On how he’s still grappling with fame:

“Sometimes I’m fascinated with how famous my work could be while I’m not so famous. Super-envious of the fact that Daft Punk can wear robot helmets and be one of the most famous bands in the world, while also understanding that will never be my situation. It’s too late. It’s hard to articulate how I think about myself as a public figure. I’ve gotten used to being Frank Ocean. A lot of people stopped me on the street when I hadn’t put music out in a while, literally would yell out of an Uber, ‘Frank, where the album?'”