"I think where my pride in my work lies is in my production, editing, and directing." 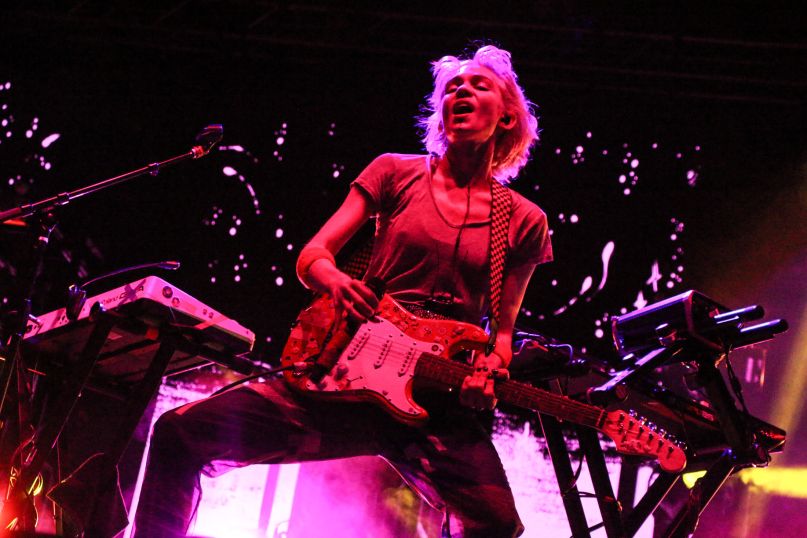 Since 2009, Claire Boucher has performed front and center as Grimes. A one-man band all her own, she wrote, produced, and sang the material on each of her four albums, including Art Angels, one of 2015’s best. However, in a new cover story for V Magazine, Boucher has revealed that she may soon take her career in a very different direction: away from the spotlight to occupy a more behind-the-scenes role.

“Honestly, I don’t feel very confident in myself as a singer,” she told V. “As I get older, I’m probably going to try to be more involved in the behind-the-scenes work, and less involved in being the front person.”

“I think where my pride in my work lies is in my production, editing, and directing,” Boucher continued, referencing her self-directed visuals for “California” and “Kill V. Maim”. “I’m not a trained musician; this is something that happened almost randomly. I’d rather be compared to my peers who are producers — I think that’s a world where I’m capable at achieving at a higher level.”

Elsewhere in the interview, Boucher says she hopes to push herself out of her comfort zone and make her next album “slower and more reflective.” Read the full story here.

Below, revisit her video for “Kill V. Maim”: