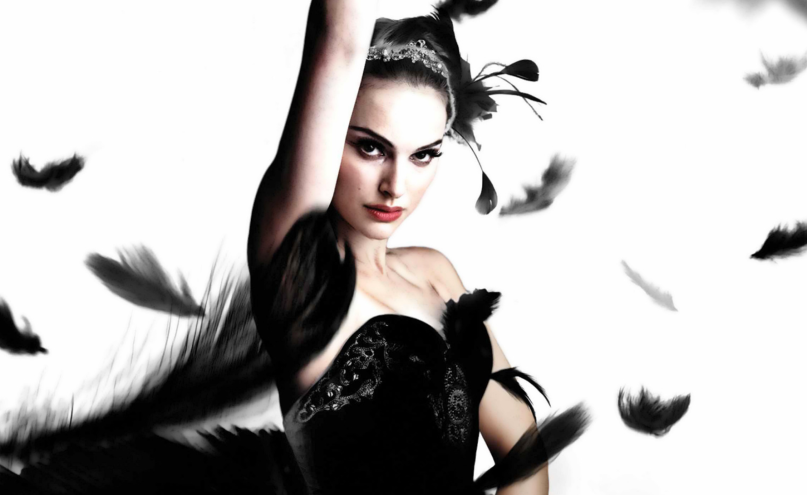 With A Most Horrific Year, Senior Staff Writer Randall Colburn analyzes and reflects on the most critically acclaimed horror movie of every year, starting in 2015 and moving backwards. Spoilers are guaranteed.

Art is beautiful, but art is dangerous.

Let’s start with this: Black Swan is a horror movie. It’s one of the scariest movies to come out this decade. Director Darren Aronofsky is hesitant to call it one, and words like “psychological thriller” are often bandied about, but Black Swan is a goddamn nightmare of a movie.

It’s about Nina Sayers, a young ballerina who lives with her mother in New York City and performs with the city’s most prestigious ballet company. Having cast off his longtime prime ballerina, Beth (Winona Ryder), artistic director Thomas Leroy (Vincent Cassel) taps Nina to play the lead in his upcoming production of Swan Lake. Nina is the perfect White Swan — graceful, poised, and innocent. However, he wants the lead to play the Black Swan as well, and Nina can’t capture it as well as Lily (Mila Kunis), a colleague who embodies the character’s danger and sexuality.

Soon, Nina is seeing things. Paintings move, faces morph, scratches appear on her skin. Dread and paranoia begin to accompany her every encounter. Her body is changing. Feathers sprout. Shoulder blades shudder. Yes, she’s possessed by her role. But it’s not so simple. We cannot say Nina is losing her “real self” because we, as an audience, never see one. There is, perhaps, an idealized self, what some might call “innocence,” but Nina lost that long before the events of this film.

Life is simply a long series of possessions.

When I think of sixth grade, I remember the following things:

01. Wrestling with the YMCA. We practiced at a local Detroit-area high school that was littered with bullet holes and smelled like sweaty plastic. I still have my one gold medal I won (as well as the one silver and several bronzes). I used to write when I came home from practice, often while eating a TV dinner and watching The Monkees.

02. Sandy. My “girlfriend(?)” Tall, blonde, awkward, and bespectacled, Sandy was my first girlfriend. She had a birthday party, and I told myself I’d kiss her, but I never did. She was much taller than me, and I broke up with her while my friends listened in on the line and giggled. It was awful and so was I.

03. Wagon Wheels West. This was the first of two melodramatic Westerns my middle school produced during my tenure there.

Art has destroyed me several times, but Wagon Wheels West was the first.

Art is a versatile term, but in this context I mean spectacle. I mean vision. I mean atmosphere. 2010 was actually a really good year for horror, so long as you retreated to the fringes. Ti West’s slow-burning throwback The House of the Devil was finally reaching a wide audience after debuting the previous year, and Eli Craig’s clever Tucker and Dale vs. Evil brought a touch of levity and self-awareness to what was an otherwise morose genre.

And, dear god, was it morose. The horror movies filling up multiplexes at the turn of the decade were sluggish things. Most were remakes: The Crazies, A Nightmare on Elm Street, and I Spit on Your Grave were all pale imitations of their source material, with each darkened to match the ever-present Saw series’ rusty aesthetics. (Let Me In, a remake of Tomas Alfredson’s Let the Right One In, was serviceable but pointless.) And the originals weren’t much better. James Wan’s hit Insidious, for instance, is soupy and dumb, a Hot Topic store brought to life. Its critical acclaim serves only to highlight how dire the genre had grown. Even the masters were bombing: John Carpenter’s The Ward was lame, as was Wes Craven’s My Soul to Take, and Guillermo del Toro let everyone down by producing (and co-writing) Troy Nixey’s abysmal Don’t Be Afraid of the Dark remake.

Horror needed some credibility. And though Aronofsky was at that time riding high on The Wrestler, a rustic, heartfelt drama, he’s certainly no stranger to the genre. His debut, Pi, is horrific in its exploration of paranoia, and his follow-up, Requiem for a Dream, is terrifying in its unflinching depiction of the grip of addiction. But Pi, the story of a mathematician who seeks patterns in numbers, is where you’ll find the early strands of Black Swan’s DNA. Both movies explore the perils of genius and the terrors of perfection. Both drown in paranoia: narrow hallways, subway cars, and large, empty, urban spaces abound, each culling dread in their own way. Maybe it’s the single, solitary figure walking towards you or the lack of any human presence whatsoever. Whether you’re alone or in a sea of people, you’re not safe.

What they also share are unreliable narrators, and what’s so wonderful about Aronofsky is how he allows them to stay as such. In its review, the Miami Herald described her as “impenetrable,” a “heroine we must care for without ever coming close to understanding.” This is a good thing. One of art’s greatest fallacies is an attempt to boil down genius, delusion, or mental illness into something digestible. To act as if there is an understanding. For an audience, empathy isn’t found in understanding so much as it is identification.

In the late 2000s, Rob Zombie used backstory to draw sympathy for Michael Myers in his Halloween remakes. He failed. The Saw series knew it couldn’t let franchise totem Tobin Bell go after killing him off, so he’s resurfaced in flashbacks ever since, espousing lame philosophies that dilute and confuse the innate brutality. A Nightmare on Elm Street tried to justify Freddy’s psychosis, for Christ’s sake.

Black Swan opens on Nina dancing. She’s dancing. It’s beautiful. A demon enters. She dances with it. It consumes her.

“You haven’t told me who you are,” a character asks her later in the film. Nina replies: “I’m a dancer.”

This is all we need to know.

Mrs. Hannert, the drama teacher, set out envelopes for everyone who auditioned in her classroom. Inside, you either had a colorful cast list and rehearsal schedule or a single sheet of paper that offered better luck next time.

My envelope was slim.

I was devastated. I cried in front of my friends. I watched them high-five, watched them beam as the eighth graders patted their backs, raising their eyebrows in a sort of paternal admiration. It was sixth grade and every single one of my friends was cast and I was not. I remember walking through the cafeteria on my way to the buses every day, passing the stage where my friends would be laughing and practicing, getting a wave maybe, nothing else.

My demon? That came early. It’s the smiling neighbor who tells you you’re talented. It’s the teacher who sees potential. It’s whoever voted you “Most Likely To Be Famous.”

Wagon Wheels West awakened my doppelgänger. My doppelgänger is perfection. And with every failure, I watched it slip further and further.

A pursuit denotes an endpoint; art is dangerous because it doesn’t have one. Art is miserable because it asks us to chase the doppelgänger.

Nina sees her doppelgänger everywhere. On the subway, in the dressing room, during sex. It eludes her. It taunts her. It once was her, but no longer. It hurts her.

Black Swan isn’t a gory movie, but it embodies its own kind of quiet violence. Cracked toenails. Ripped hangnails. Deep scratches. These are visceral wounds, infinitely more disturbing than the guy with his intestines hanging out of his stomach. That’s a foreign sensation. You do, however, know the agony of a split nail.

Or a broken heart.

One of Black Swan’s saddest moments comes when Nina stumbles upon her mother in the middle of the night. She’s painting. Around her are dozens of unfinished sketches, all of the same subject. She sobs as she paints. It will never be perfect. She knows that. And what was once beautiful and cathartic is now laborious and painful.

They’ll say to you: Be vulnerable for your art. You must be fucked to make something beautiful.

“Everything comes from within, from some dark impulse,” Leroy cries to Nina.

He may be right, but make art for long enough and you’ll start seeing wounds, too. You’ll wonder where they came from. You’ll hide them from others. You’ll caress them, alone in your room. You’ll cut them open again when they’ve healed.

The more we love it, the more it hurts us.

It never looked back at me.

We need art, but we need to know that art will never love us back.