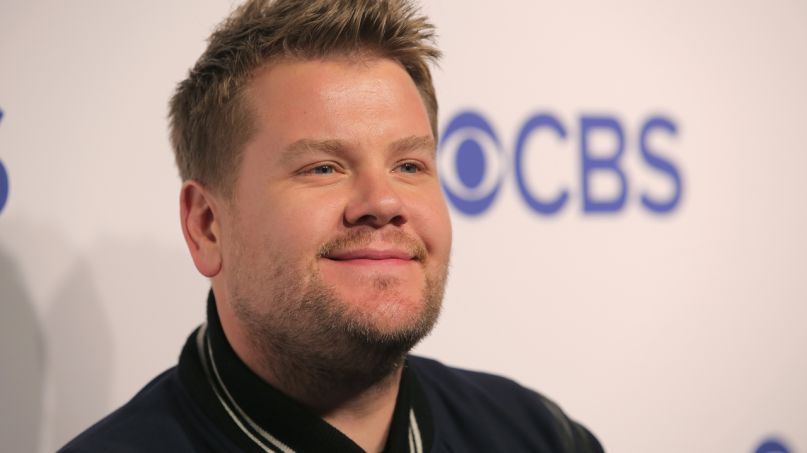 NEW YORK, NY - MAY 18: James Corden of The Late Late Show with James Corden attends the 2016 CBS Upfront at The Plaza on May 18, 2016 in New York City. (Photo by Jemal Countess/Getty Images)

Now this is a Grammy moment I can get behind:

LL Cool J, the lip-licking, self-congratulatory asshole who has made the Grammys nearly unwatchable for the last five years, will not return to host the 2017 awards show. In his place, the Recording Academy has tapped Late Late Show host James Corden. Though he’s somewhat insufferable in his own right, at least we won’t have to worry about another garbage collaboration with Z-Trip. PROGRESS!

In a statement, Grammys president Neil Portnow cited the viral success of Corden’s Carpool Karaoke, as well as his “commanding, dynamic” showmanship, as reasons why he “is perfect to host the Grammy Awards.” Portnow also thanked LL Cool J for his “professionalism and charisma.”

The 2017 Grammys take place Sunday, February 12th at the Staples Center in Los Angeles, and will air live on CBS. Nominees will be revealed on the morning of December 6th.

For a taste of what’s to come in 2017, watch Corden’s Carpool Karaoke segment with Adele: