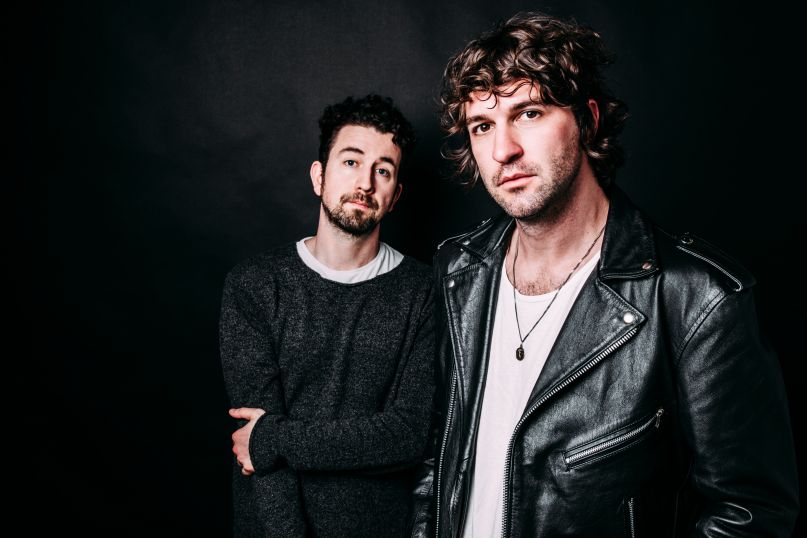 Playing 200 shows in more than 40 countries is enough to burn any band’s candle down to the wick, so we’ll cut Japandroids some slack for taking some time to recover after their last show in November of 2013. Now, the Vancouver duo is officially ready to roar back with their highly anticipated third album, Near to the Wild Heart of Life. They’ve already debuted several of the album’s songs on their comeback tour, but this morning they officially shared the lead single and title track, “Near to the Wild Heart of Life”.

The new song is a rollicking anthem in the vein of 2012’s Celebration Rock, but the differences are just as notable as the similarities. Guitarist Brian King’s vocals are decidedly higher in the mix, and there’s more overdubbing than we’re used to from the stripped-down duo. “The future’s under fire/ The past is gaining ground,” sings King in the opening verse, signifying that Japandroids are looking at Near to the Wild Heart of Life as a transitionary album in terms of their lives and their career. Listen to the track below.

In a press statement, the band described their rationale for sequencing the album and cited influences ranging from Talking Heads to Black Sabbath:

“Like Post-Nothing and Celebration Rock, the album is 8 songs. This is because 8 songs is the standard template for a great rock n roll album: Raw Power by The Stooges, Born To Run by Bruce Springsteen, Marquee Moon by Television, IV by Led Zeppelin, Horses by Patti Smith, Paranoid by Black Sabbath, Remain In Light by Talking Heads, Master Of Puppets by Metallica, etc.

“Like Post-Nothing and Celebration Rock, the album was sequenced specifically for the LP. On Near To The Wild Heart Of Life, side A (songs 1-4) and side B (songs 5-7) each follow their own loose narrative. Taken together as one, they form an even looser narrative, with the final song on side B (song 8) acting as an epilogue.”

Near to the Wild Heart of Life will be released on January 27th, 2017, via Anti-. Pre-order the album now and receive a special edition 7-inch featuring a B-side cover of Talking Heads’ “Love → Building on Fire”.

Near to the Wild Heart of Life Artwork: