The destroyed lot including Sex Pistols recordings, clothing belonging to Westwood and Johnny Rotten, and a Sid Vicious doll 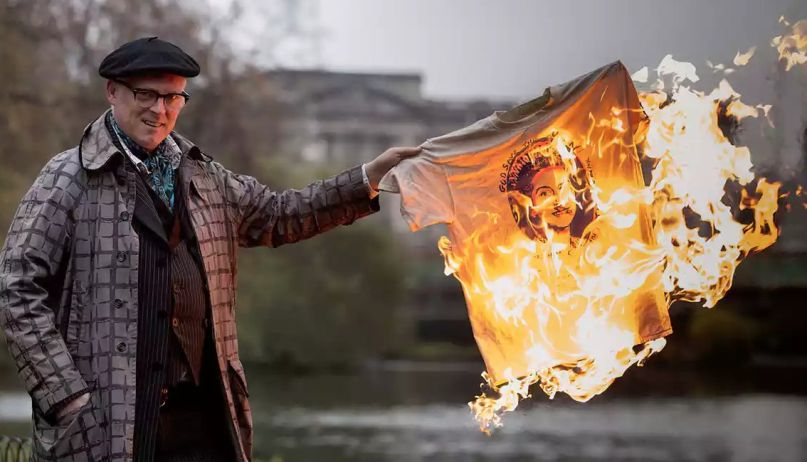 Joe Corré is the son of Sex Pistols manager Malcolm McLaren and renowned fashion designer Vivienne Westwood. As such, he accumulated an impressive cache of punk rock memorabilia over the years. Now, though, he’s destroyed his entire collection in protest of what he perceives to be the increasing commercialization of the genre.

Corré took particular issue with Punk London, a series of events celebrating the 40th anniversary of punk, which were sponsored by institutions including BFI, the British Library, and the Museum of London. “The Queen giving 2016, the Year of Punk, her official blessing is the most frightening thing I’ve ever heard,” Corré said in a press release. “Talk about alternative and punk culture being appropriated by the mainstream. Rather than a movement for change, punk has become like a fucking museum piece or a tribute act.”

In a subsequent interview with the Guardian, Corré called punk a “McDonald’s brand … owned by the state, establishment and corporations. It’s time we threw it all on the fire and started again … I think this is the right opportunity to say: you know what? Punk is dead. Stop conning a younger generation that it somehow has any currency to deal with the issues that they face or has any currency to create the way out of the issues that they face. It’s not and it’s time to think about something else.”

Thus, on Saturday, Corré set fire to an estimated $7 million worth of punk memorabilia, including rare Sex Pistols recordings, clothing belonging to Westwood and Johnny Rotten, and a Sid Vicious doll with a swastika on it. The collection was torched alongside effigies of politicians, aboard a ship near Albert Bridge in Chelsea, west London, according to the Guardian.

Corré added that if his father had still been alive, he “would have taken this opportunity to say something … about punk rock now being owned by the corporate sector. Whether or not he would have agreed with burning all the stuff — and I think he probably would have done — I think he’d think it was kind of hilarious.”

I was at #BurnPunkLondon today where @realjoecorre had this to say about values, #corporations, #climatechange, #immigration, #extinction… pic.twitter.com/cNIyhyfQrR

"It's about the difference between price & value" £5m worth of punk memorabilia burned on the Thames. b/c punk is dead. #burnpunklondon pic.twitter.com/m74xs2uvbA