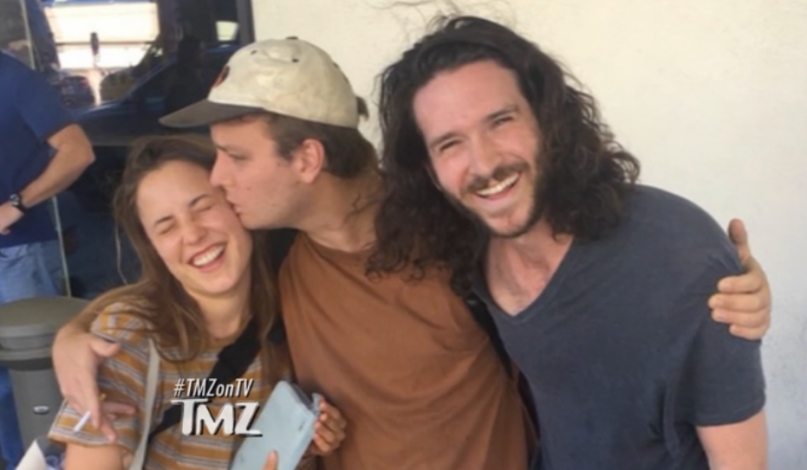 The story goes that the staff member, a photographer for the gossip website/show named Charlie, once met his “idol,” DeMarco, at a show. He asked for a picture with DeMarco and his girlfriend, and the indie rocker was so drunk that he started making out with his girl while posing for the shot. Charlie’s girlfriend took the picture, but as she’s not the professional, it ended up being blurry and washed out.

This failure became a point of contention in Charlie’s household, putting real strain on his love life. So when he came across DeMarco and his g/f once again at the airport, he saw an opportunity to make things right. He asked the rocker, “So that I can have love again in my household, can we please recreate the photo and get it perfect?” Ever one to please his fans, DeMarco obliged cheerfully. A pedestrian snapped the shot — in good lighting this time — and Charlie’s relationship was saved.

Watch video of their meeting at TMZ.