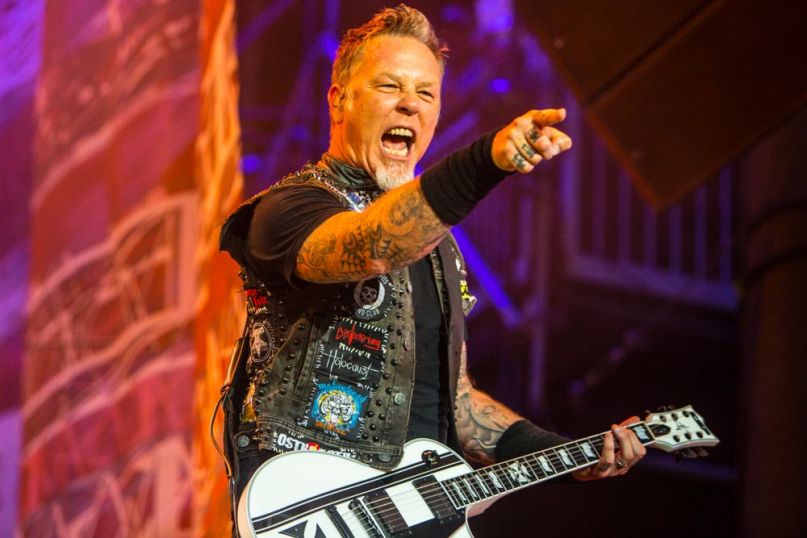 Let’s travel all the way back to 2000, when a plucky young file-sharing service called Napster set off a seismic rift in the music industry by offering licensed music to users for free. Heavy metal legends Metallica became the band most associated with the industry’s public fight against Napster, filing a lawsuit against the company for copyright infringement and withstanding heavy criticism from fans for their principled stand against piracy. A California court eventually ruled in the band’s favor, and their entire catalog was subsequently removed from Napster.

Things have changed quite a bit since those early days of file-sharing, and the industry has been forced to accept (begrudgingly, in some instances) the brave new world of online streaming. Napster has changed, too. The music-streaming service Rhapsody bought what remained of the company in 2011 and rebranded itself as Napster earlier this year, meaning that the cat with earphones now represents a legitimate, fully legal service. As Billboard reports, Metallica have finally recognized that legitimacy by making their entire catalog of music available on Napster for the first time since the lawsuit. The move’s timing makes sense, as the band is set to release their new album Hardwired… to Self-Destruct on November 18th.

“The release of Metallica’s new album comes at an incredible time for streaming music with streaming subscriptions accounting for almost half of industry sales in the first half of 2016,” Napster said in a statement. “Today, Napster is a legal, paid subscription service with a catalog of over 40 million tracks. We are thrilled to bring Metallica’s full catalog — including their latest new album — to Napster subscribers around the world.”

In related news, Metallica have filmed videos for all 10 tracks appearing on Hardwired. Beginning Noon EST on Wednesday, a new video will be revealed every  two hours. Check out the one for “Dream No More” below.