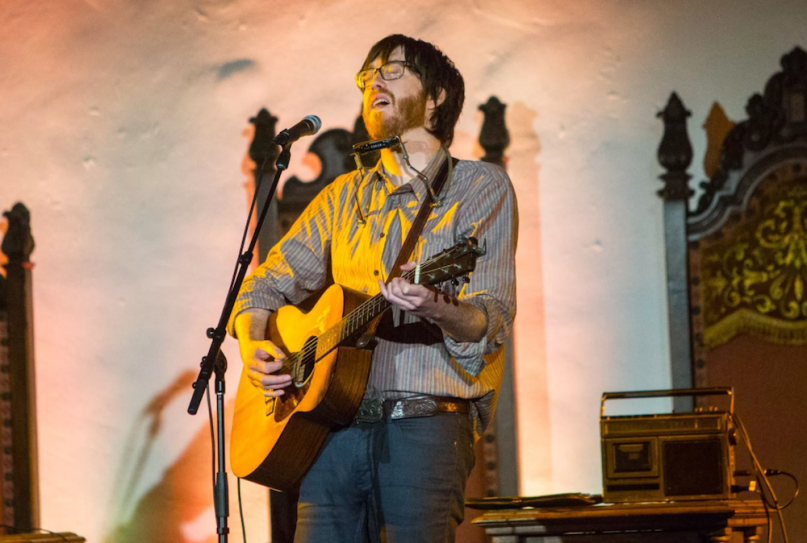 Last week, Okkervil River remembered the late, great Leonard Cohen with not one, but two covers. During a concert in Bristol on Friday, frontman Will Sheff performed a touching solo rendition of The Future cut “Anthem”, a song which he says “sounds distressingly appropriate to the current moment.” Later that night, as well as the next day in Manchester, Sheff did a full-band version of Songs of Leonard Cohen classic “So Long, Marianne”.

“It’s been a terrible week, over here finishing a European tour watching my country slide towards doom,” Sheff wrote in a statement. “The news of Leonard Cohen’s death had nothing to do with everything else in the news but, in my agitated state, seemed somehow like it did. Cohen was a songwriting hero to me. I opened our Bristol show, the morning after the announcement of his death, with this solo cover of ‘Anthem,’ which sounds distressingly appropriate to the current moment. We did a full band version of ‘So Long, Marianne’ later in the set. This picture was taken on the ferry from Denmark to Germany. Grey afternoon.”

Check out their “Anthem” cover below, followed by fan-caught footage of their “So Long, Marianne” performance in Manchester.

Okkervil River is one of many acts to pay tribute to the Man Who Taught Us How To Live.