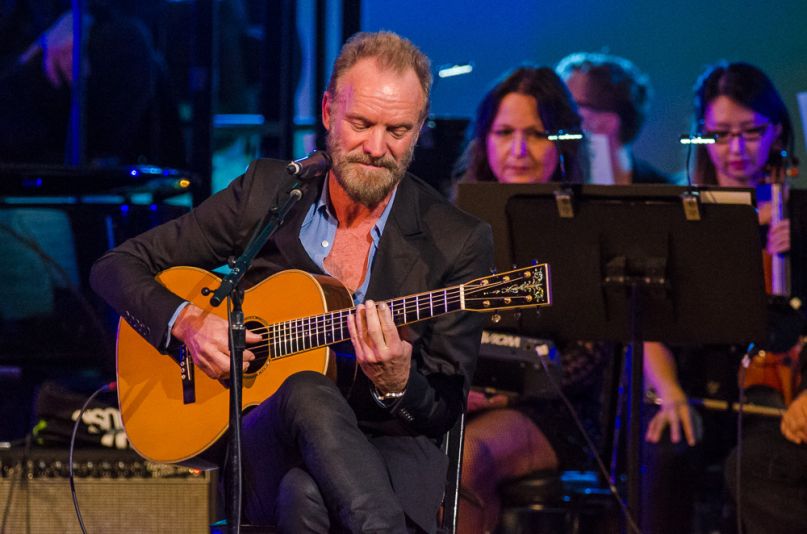 Did you miss Sting when he last toured with Peter Gabriel? Or maybe you’re jealous you, too, couldn’t see him perform at Paris’ Bataclan last weekend? Good news: He’s coming to North America.

In support of his new album, 57th and 9th, the former Police singer will tip off his February in Vancouver, before making his way down the West Coast and into the rest of our wonderful country.

He’s also playing some intimate locales, what with Boston’s House of Blues and Chicago’s Aragon Ballroom. Not too shabby, especially since he’ll be with a full band: Dominic Miller, Josh Freese and Rufus Miller.

Consult the full itinerary below, which also includes his European dates.

Update: Sting is also set to perform at this year’s Nobel Peace Prize Concert, set for December 11th in Oslo, Norway. Conan O’Brien is serving as the evening’s host.

In related news, Sting reunited with one-time Police guitarist Henry Padovani during his show at Bataclan. Watch them perform The Police’s “Next To You”: