System of a Down confirm they’re working on a new album, which could see release next year

The band currently has 15 "album-worthy" tracks set aside 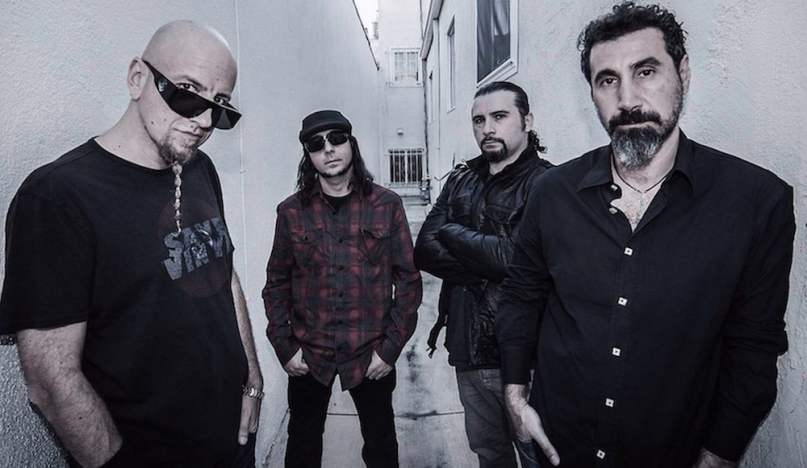 It’s been 11 years since System of a Down released a new album, but it appears the wait may soon be over. In addition to a handful of 2017 tour dates, the hard rock outfit has now confirmed that they’ve been diligently working on all-new material, their first since 2005’s double LP, Mezmerize/Hypnotize.

According to drummer John Dolmayan (via Exclaim), SOAD have been plugging away in the studio for the past six months and have thus far come up with 15 tracks deemed “album-worthy.” Speaking to Kerrang, he hinted that the earliest the new LP could drop would be next year. “There’s a tremendous amount of pressure on us, though, because it’s been 11 years – at least 12 by the time it comes out.”

In terms of what fans can expect from the forthcoming album, Dolmayan went on to note that “our playing ability is better than it ever has been” as well as cautioned listeners not to expect a rehashing of old material. “We’re not trying to make Toxicity Part II, just because it was by far our biggest album.”

He added, “This needs to be something for a new generation of SOAD fans, so everyone can see we’re not resting on our laurels. I’m not gonna put my name on an album I’m not 100 percent proud of.”

Below, revisit SOAD’s performance at 2015’s Rock in Rio, followed by their upcoming tour dates.