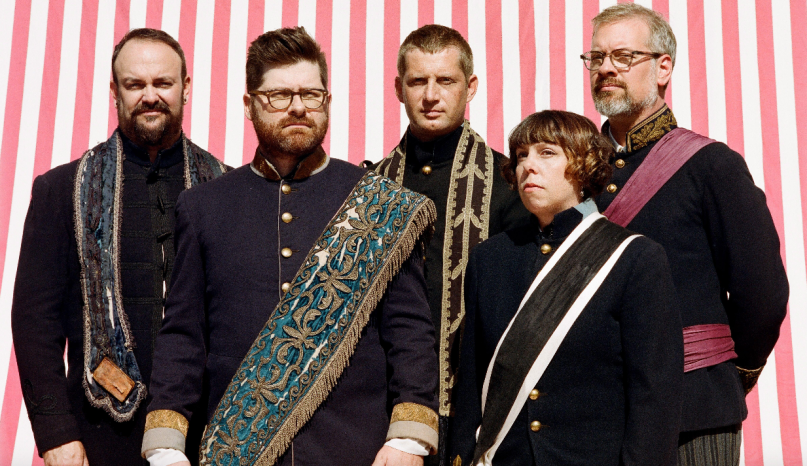 The Decemberists are celebrating the 10th anniversary of their beloved major label debut, 2006’s The Crane Wife, with a new five-LP box set reissue. The collection is loaded with demos — like the previously revealed “The Crane Wife 1, 2 & 3” — and early alternate takes on some of the album’s most memorable tracks. Today, the band has revealed one of the latter with a previously unheard version of “Yankee Bayonet (I Will Be Home Then)”.

On the final album, “Yankee Bayonet” ended up as a duet with frequent band associate Laura Veirs. Before that, a home demo was recorded with illustrator Carson Ellis, who has drawn the cover artwork for a number of The Decemberists’ releases, including The Crane Wife. Between those two versions, however, came a studio recording that featured Alela Diane singing the female lead.

As you can hear in the alternate take below, the early take is almost exactly the same as the final version, save for a slightly less finessed production quality. The main difference is the way Diane’s vocals play off Colin Meloy’s; while Veirs provides a mirror with her performance, Diane presents more of a foil. It’s an interesting contrast, one which you can hear for yourself by listening to Diane’s take above and the final version featuring Veirs below.

Pre-orders for the The Crane Wife vinyl box set are going on at TheDecemberists.com. Take a look at the beautiful collection down below.