by Matt Melis and Allison Shoemaker 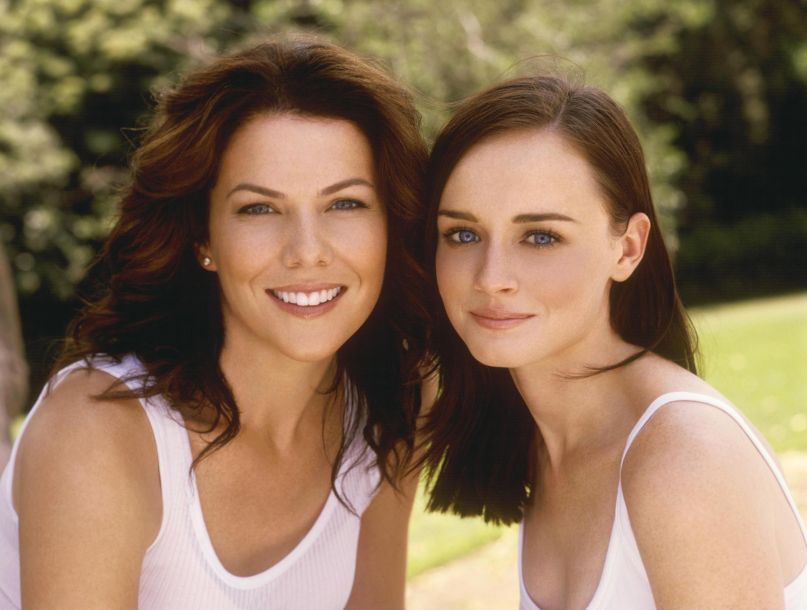 Top Episodes is a new feature in which we handpick the definitive best episodes of a groundbreaking, beloved, or otherwise awesome television series. This time, Gilmore Guy Matt Melis and Gilmore Girl Allison Shoemaker take a Hartford shuttle back to a little town called Stars Hollow.

Anytime a guy reveals that he’s a Gilmore Girls fan, it almost comes across as confessional. And even if he openly admits to being a Gilmore Guy, he invariably prefaces this admission by explaining that his wife, girlfriend, or some other woman in his life turned him onto the show. It’s 2016, fellas. Time to own it like you broke it at Kim’s Antiques. Even if a lady dragged you kicking and screaming to Stars Hollow, nobody made you stick around, buy those DVD box sets, or post those impressive “How Well Do You Know Your Gilmore Girls?” quiz results on your Facebook wall. Again, it’s 2016. We appreciate your business.

And what’s there to be ashamed about, anyway? The show has it all: unforgettable characters, rapid-fire dialogue, a junkie-like obsession with pop culture, Shakespearean scheming blended with farcical irreverence, and grudges so fierce that the show’s famous Friday night dinners often resemble an evening in the Thunderdome. For me, I was first drawn in by the quaintest (and most insane) small town on earth, Stars Hollow. Having grown up watching sitcoms like Green Acres and The Vicar of Dibley, I readily latched on to the idea of dropping relatively sane people into a town-shaped loony bin. And it’s within these town limits that I learned essential facts like Al’s Pancake World serves just about everything but pancakes; enough minimum-wage jobs can actually make a guy independently wealthy; and Miss Patty, several husbands ago, once danced in a cage with Tito Puente. Twirl, girls!

In a time when any property the public vaguely remembers gets rebooted or remade, Netflix’s upcoming Gilmore Girls: A Year in the Life mini-series feels like anything but a cash grab. We diehards genuinely can’t wait to see what’s become of our many beloved characters nearly a decade later. Are Zack and Lane a husband-wife yacht rock duo living in Brooklyn, is Paris Geller eyeing a run at the White House down the road, and if we stop by the Dragonfly Inn, will we still find Michel turning up his nose at guests and Sookie erasing the single-digit number on the sign in the kitchen that reads “This Many Days Since an Accident”? And then there are the really big questions that have been clawing at us like Cat Kirk: How will Emily Gilmore carry on without Richard (played by the late Edward Herrmann), will Luke and Lorelai still be “all in,” and where has Rory landed and with whom (#TeamDean, #TeamJess, #TeamLogan or #TeamRoryDontNeedNoMan)? For some of us, this is like the countdown to the kickoff on Super Bowl Sunday. Friday can’t come soon enough.

The other reason fans want to revisit Stars Hollow one more time is for the closure afforded by a proper conclusion. Series creator Amy Sherman-Palladino infamously didn’t get to take part in Gilmore Girl’s final season (more on that to come), which means she didn’t get to end the show as she always had planned. In fact, Lauren Graham has explained that none of the cast or crew knew the series had ended until a couple weeks after they shot the Season 7 finale. Now we’ll finally get to see these characters finish their stories the way Sherman-Palladino had originally intended. She’s claimed that the show was always supposed to end on four specific words. What are those four words exactly? Speculate away — probably something along the lines of “I love you, <insert name>.” By Friday morning, we should all know. And hell, even if the four-word ending falls through, I’d settle for Babette yelling: “You gotta give it a little something, honey!”

Damn, it feels good to be a Gilmore Guy.