In which a brave pilot takes one for Team America 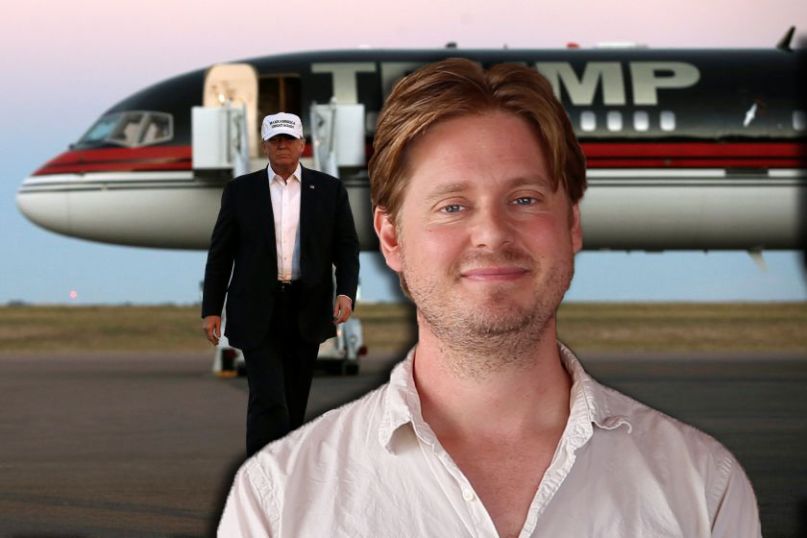 It turns out that so many musicians have a distaste for presidential candidate Donald J. Trump that the 30 Days, 30 Songs campaign had to change its name to 30 Days, 50 Songs. In the latest contribution playlist, Tim Heidecker envisions that Trump’s personal pilot also harbors a hatred of the sunburnt apricot with a bad combover.

“Trump’s Pilot” is written from the perspective of the man who flies Turmp’s personal airliner as he plots his boss’ demise. “I will find a field and I will take her down/ Screaming justice for you all!” go the final lines, lyrics that seem to be particularly affective to Heidecker.

“I wrote this song a month or so before the Republican National Convention after thinking that we were running out of options to stop the Trump Train,” Heidecker wrote in a note accompanying the track. “My humor tends to skew dark, so I imagined a kamikaze style situation, where the pilot sacrifices himself for the sake of the country. I’ve performed it live a few times, and let me tell you: there’s a real cathartic satisfaction in singing the last few lines, and I always choke up a bit.” Take a listen below.

Not long after Heidecker unveiled the song, Father John Misty unveiled his own cover of the song.