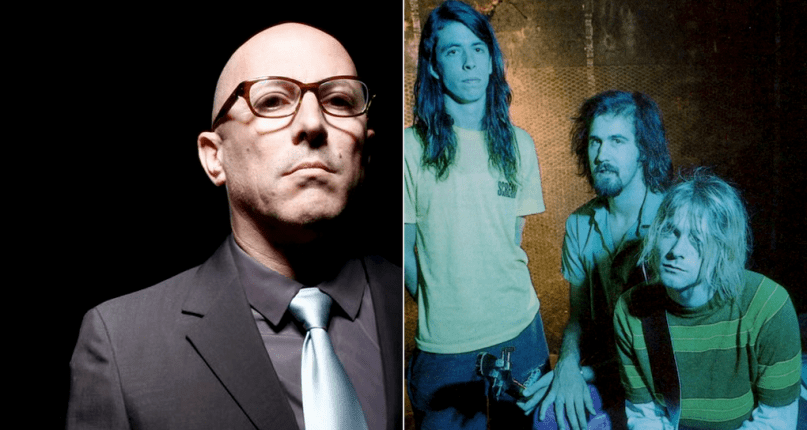 In an interview with Yahoo! Music to promote his new authorized biography A Perfect Union of Contrary Things, Tool‘s Maynard James Keenan spoke frankly about the perils of taking too much credit for his band’s commercial success. Reflecting on his own self-indulgent tendencies that started to arise around the time of Tool’s 1996 album Aenima, he said: “When you start seeing some success, you start believing that your choices, actions, and attitudes are the absolute concrete reason for that success, and that’s where you start going down the rabbit hole.” He then offered Nirvana and the grunge explosion as another example of a band becoming successful due not only to their own talents, but to an overarching trend in music history:

“But it could be just circumstances. It just happened to be a perfect time for Nirvana to emerge ‘cause people were tired of hair bands. I don’t know. It might have had nothing to do with Nirvana. It was just timing. I’m not taking anything away from any of the musicians that were on those waves that were about to crest. All due respect to all of those musicians, but I feel that the problem then is that generally those musicians feel like they actually created the wave, when they were just on it and were prepared as it crested. That starts to be the poison.”

Keenan was then asked if he gives himself any credit for anticipating the wave that led to Tool’s breakout success. He responded:

“I would love to take credit for that statement. Hell, yeah. That’s me… No, that’s totally not me… I guess it could be perceived as calculated, but a lot of it really is following instincts and flying by the seat of your pants, and then when it works out you point backwards and go, ‘Yeah, I meant to do that.’ From my perspective, that’s what it feels like. With hindsight, when you’re looking at it, it looks like it was calculated. But I think a lot of those things that appear to be calculated, there’s no way, standing in the shoes you’re in and you’re about to take that step, you truly know what’s gonna happen. It really is more like, ‘Well, I’m just gonna jump.'”

Update – November 30th: Krist Novoselic has responded to Keenan’s comments in a statement, saying he agrees that timing was a large part of Nirvana’s success and that they were “the last of the pre-internet bands.”

“Maynard James Keenan is right that music was set to change in the early ’90s and part of Nirvana’s success was due to timing. I have always said that bands like Faith No More and Jane’s Addiction broke ground for us with the mainstream.

The whole Hair Band movement was exhausted and musical cycles used to give us new interpretations of Rock. I think we are in a post-Rock era rooted in the information age. The old paradigm was the ‘push’ media where if you got on rotation with MTV, you could seep in the minds of the public. Today, the game is ‘pull’ media and this, by nature, is decentralized.

Nirvana was the last of the pre-internet bands.”

A Perfect Union of Contrary Things is available now. Read our review.

In related news, Keenan recently revealed that A Perfect Circle will tour in 2017, including a May 7th gig at the Hollywood Bowl. Keenan also said that the band has been working on new songs.