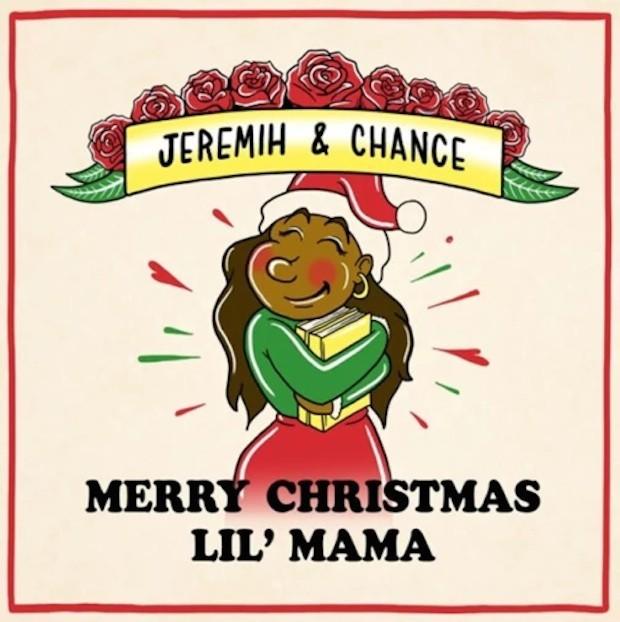 Between running around Bonnaroo with a squirt gun, refusing to sign to a label, and leading hundreds to an early polling place in Chicago during the election, Chance the Rapper became the artistic embodiment of millennials in 2016.

And his year keeps on giving. His newest collaboration, a joint mixtape with Chicago rapper Jeremih, is an amusing yet innovative collection of Christmas-themed tracks. Much like his collaboration with Lil B, the release reaffirms Chance’s willingness to collaborate on projects — even if they may not live up to the standards of his previous releases.

Released late Wednesday night, Merry Christmas Lil’ Mama begins with a vocal sample from A Christmas Story (1983) in which Ralph wants a gun but is told “You’ll shoot your eye out!” Jeremih raps over the Christmas-story-meets-future beat. “Ahhh yeah, it’s cuffing season!” he exclaims. Resounding horns and bells blare while the Chicago duo do what they do best; “Kringle bells all the way!” they exclaim.

(Read: Artist of the Year: Chance the Rapper)

The lead track, “All the Way”, foreshadows the project’s exuberance, including a guest spot from Hannibal Buress. The Chicago comic finishes the opener with a hysterical interjection, setting the mood for the rest of the album: “Oh, I love Christmas. Being obligated to buy shit for people at a certain time of year.” He concludes his rant by swearing to God, “If you leave my raw vocals like that, we not friends no more. Auto-Tune my shit and put them Travis Scott effects on my shit.” Maybe Buress is ready for his own Mike Will Made-It beat.

The album features a parade of guests, including Noname (“The Tragedy”), Lud Foe (“I Shoulda Left You”), and King Louie (“Merry Christmas Lil’ Mama”). The collaborators all add some degree of substance to the mixtape, but Noname’s verse is especially relevant to its deeper theme: “There’s something hauntin’ dauntin’ ‘bout your presence. Casper essence, Ghost of Christmas Past.” The song explores some of the darker aspects of the holidays — being alone or lost in the world. “Old man weapin’ on the corner,” sings Chance, “tryin’ to find what’s his.” A sense of despondency sits in his throat like a lump of coal.

Chance’s ability to force his audience into moments of reflection is one of his greatest gifts, but when he does, he is usually conveying an important message. Even a lighthearted collaboration like Merry Christmas Lil’ Mama isn’t exempt from this. Chance interposes feelings of despair and misfortune on “The Tragedy”, evoking downtrodden ballads like “Acid Rain” and “Paranoia” on Acid Rap.

For the most part, though, the mixtape exudes positivity and playful holiday spirit, embracing optimism for 2017. On “Stranger at the Table”, Jeremih’s sharp falsetto reminds us of a young Michael Jackson on “I Want You Back”. He also is graced with a short line on “I Shoulda Left You” that sums up how most of us feel about this year. “Fuck 2016,” he sings.

Indeed, 2016 sucked. The deaths of musical legends Prince, Leonard Cohen, David Bowie, plus the election of Donald Trump, all prompted a collective state of nausea in the pit of our stomachs. Chance’s tape with Jeremih tries to reconcile the highs and lows. By giving his fans one last 2016 gift, it’s the perfect way to say thanks.

Essential Tracks: “I Shoulda Left You”, “The Tragedy”, and “Stranger at the Table”