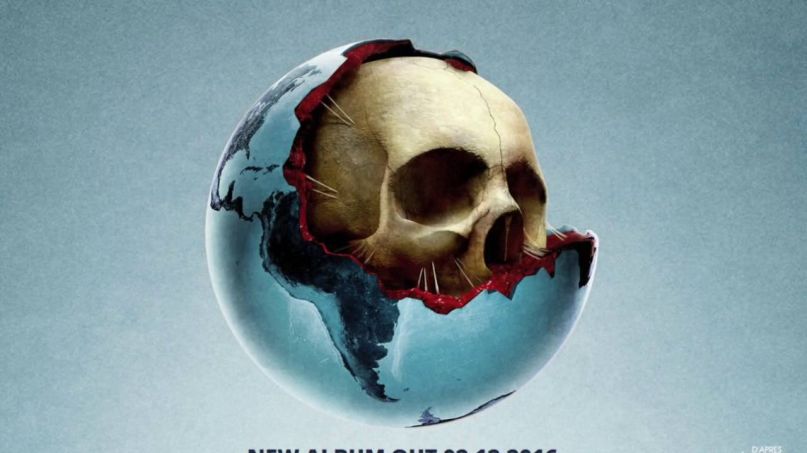 French synth master and electronica icon Jean-Michel Jarre will always hold a spot in the genre’s history. In 1976, he released Oxygène, his first seminal work, a commercial success, and a record that would influence ambient electronic artists for years to come. In 1997, he released its follow-up LP, Oxygène 7-13. The series is one of reinvention and inspiration that encourages others to follow suit, be it diving into electronic vinyl bins in Sudan or launching art projects into space. Upon its release, Oxygène was a plunge into the minimalist realm of electronica, a near percussion-less stretch of music that rides a groove of melodies, not backing rhythm — in part because he had no other choice. Jarre recorded the songs to an 8-track tape recorder and had limited instruments at his disposal.

That was then. This is now. And Oxygène 3 is, unfortunately, stuck in between. When recording 2015’s Electronica 1: The Time Machine, Jean-Michel Jarre composed a piece of music (which later went on to become “Oxygene 19”) that made him question how he would recreate that original opus and, ideally, expand it into something larger. He took the 40th anniversary of Oxygène as a self-imposed deadline, the final push to compose Oxygène in today’s landscape. And so we’re left with Oxygène 3, his second album of 2016 and his closing full-length in the Oxygène trilogy. Unfortunately, though it’s ripe with good intentions, the album never quite finds its footing over the course of its seven tracks, inevitably failing to offer a cohesive tone.

Untampered styles prove to be where he finds his strongest voice. The album opens with “Oxygène 14”, an explorative track that shines light on his usual patterns. Synth notes plod with just the right weight, tapping encouragingly while a piano line drips over it. Warm undertones hum, providing a backing to his updated style. It’s a way to open the album with gentle wiring. Jarre chooses to keep that sound throughout, as well. During “Oxygène 19”, he aims for anthemic verses; scattered notes dance around the room, fading in and out, handclaps echoing behind it. He’s taking his time, seeing how a MiniPops or Mellotron can enter the rubber room without knocking the rest off course. Each wave sweeps across with broad brushstrokes. Larger pieces, especially ones that take their time shifting shape like this, are Jarre’s forte.

It’s when he tries to push farther, specifically towards more modern styles, that Jarre and his music run into the same walls Giorgio Moroder did: outdated drops, dull tricks, and earnest intent without its vintage charm. Simply put, his dance songs don’t carry the energy they once did. On “Oxygène 20”. organ rams against the speakers — an instrument EDM fanatics obsessed with Deamau5’s cinematic openings are familiar with — carrying the fever of contemporary EDM, except the notes’ rough edges are left audible, the tonal deflation losing the enigmatic romanticism that the instrument otherwises represents. “Oxygène 15” leans on cheeky, aseptic cleanliness, making notes that could work when scruffed with grime sound like an aspiring DJ’s homework. “Oxygène 17” doesn’t fare much better, grabbing at the emotional cliches of dance pop and the buoyant melodies of videogame music.

Perhaps what he needs to do is loosen up. The album’s shortest track provides the easiest space to get lost in. Though less than three minutes long, “Oxygène 18” swims in ambiance, each note on the keyboard encouraging reflection — exactly what we should hear in a decade-spanning trilogy about the air we breathe. That reflection returns at the end of the record, too, when closer “Oxygène 20” transitions from sporadic notes to crackling flames and overblown waves of drone.

Jarre should still be as relevant in today’s electronic culture as he was in the ’70s. He makes music for mindless dancing as well as isolated reflection. As he closes the final chapter in his Oxygène trilogy, Jarre somehow finds a way to fit all its components in a box, but can’t quite tie the bow holding them together. Maybe it’s because he spent only six weeks recording. Maybe it’s because he’s four decades older than the record this follows. Oxygène 3 has its place within electronica’s history, but those searching for it in coming years will find it placed upon the highest shelves — just close enough if needed, but just enough out of reach to let it gather dust as an artifact instead of a necessity.