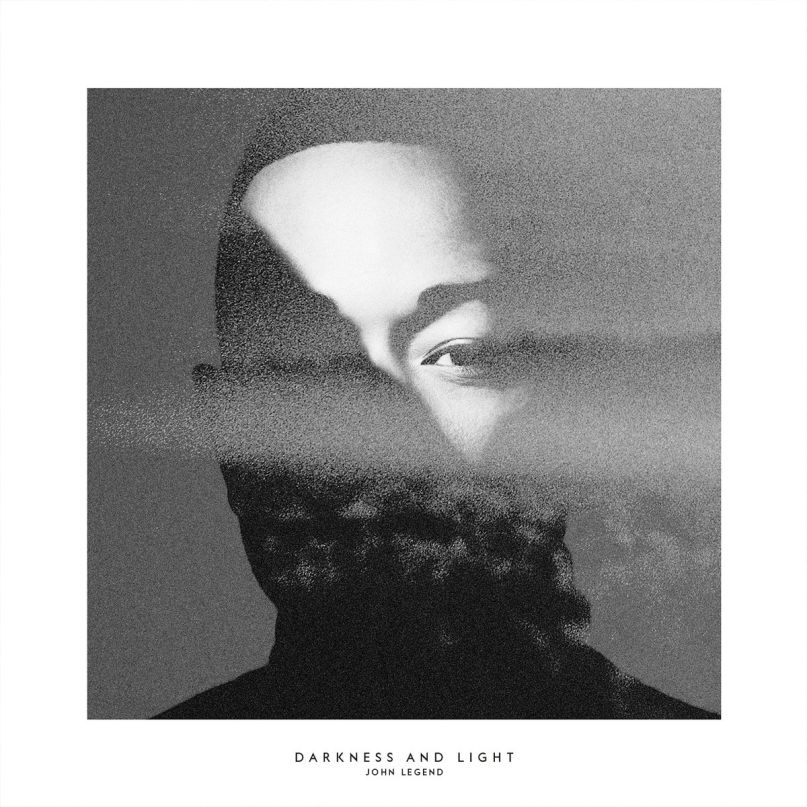 At this point in his career, John Legend has surely amassed his legion of devoted fans. His initial albums stuck to an R&B groove, namely with songs like “Stay With You”, “Save Room”, and the ever-beloved “Ordinary People”, but he’s since shifted and adapted his musical style as he’s grown his artistry. He collaborated with The Roots on Wake Up! for a soulful, political album; he covered old-school ballads such as “Open Your Eyes”; and collaborated with Common to craft the show-stopping, endlessly heart-wrenching ballad, “Glory”. At this stage in his career, however, Legend has attracted fans who are listening for the whole package, from his sultry, throwback grooves to his grand, sweeping statements to his poppy, sticky stories. With Darkness and Light, the Grammy juggernaut brings all of these elements together for one varied and diverse album.

Legend starts off the album on a strong note with “I Know Better”, a raw confession to his fans, his loved ones, and himself. “Legend is just a name/ I know better than to be so proud/ I won’t drink in all this fame/ I’ll take more love than I’m allowed,” he proclaims assuredly. It’s reminiscent of his initial works, allowing his raw talent to become the star of the show that’s backdropped by some heavy gospel. From here, Darkness and Light careens from genre to genre, only it never sounds disjointed. Collaborator after collaborator drop by for the next three songs, making for a welcome surprise to Legend’s signature sound. Chance the Rapper offers a catchy verse on “Penthouse Floor”, Alabama Shakes’ Brittany Howard adds her powerful pipes to the title track, and Miguel smoothly waxes nostalgic over past relationships on “Overload”.

Darkness and Light loses its depth, however, when Legend skews toward pop (see: “Love Me Now”), even if these songs do maintain a catchy candor. Fortunately for the album, they’re rare and few, making way for more sensual material like “What You Do to Me”, “Surefire”, and “Temporarily Painless”. These three feature effects like synths and traditional Asian flourishes, adding some unique elements to otherwise traditional John Legend ballads about love and lust. One more standout, though, occurs halfway through with “Right By You (for Luna),” an ode to his daughter with a little paternal advice that suggests she grow up to fight issues that plague society — you know, sort of like her pops. “Will you live like me, in a world run by desire/ Will you wake from worldly dream and not be tired/ Will you work like me to lift the conversation higher,” Legend laments. Lengthy instrumental segues bring a jazzy element to the song, with saxophone, strings, and piano notes all taking moments in the spotlight.

As Legend’s fifth full-length studio album, Darkness and Light serves as a nice retrospective-of-sorts for his musical styles and landscapes over the years. We’re given accessible pop, traditional R&B ballads, and powerful gospel numbers. Through all of this, Legend’s voice continues to shine, illuminating his innate talent with rich lyrics that adapt to the cultural climate of the times right now.