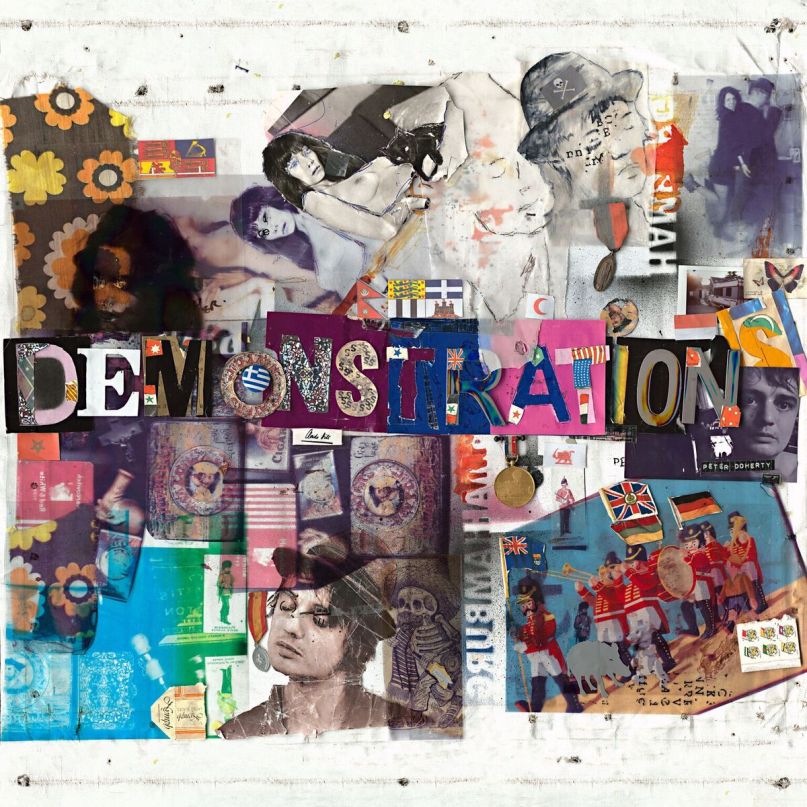 At the turn of the Millennium, vintage-sounding, punk-influenced rock ’n’ roll looked primed to make a full-on comeback with bands like the Strokes and the White Stripes leading the charge. But for every Is This It? or White Blood Cells, record store bins were cluttered with dozens of also-rans, one of the most notable being Up the Bracket, the 2002 debut from UK quartet the Libertines. It’s a good album, to be sure, packed with vibrant rock songs equally indebted to Joe Strummer and Ray Davies. The problem is, the band never stopped while they were ahead.

The Libertines imploded after 2004’s disappointing self-titled sophomore set, and despite a halfway-decent reunion record in 2015, the band is primarily remembered anywhere outside of the UK as that band with the heroin addict who once dated Kate Moss. Fewer still have any recollection of Babyshambles, Pete Doherty’s post-Libertines vehicle, which dropped three albums of interchangeable pub rock over an eight-year span while simultaneously cycling through drummers at a Spinal Tap-esque pace.

All of that leads us to Hamburg Demonstrations, the new solo album from Doherty (billed as “Peter Doherty” instead of plain ol’ “Pete Doherty,” so you know this one is serious). It should come as literally no surprise to anyone who has paid even the slightest bit of attention to Doherty’s career of consistently diminishing returns that the album falls flat in just about every aspect. It’s not offensively bad, it’s inoffensively boring.

As its title may have already led you to assume, Hamburg Demonstrations was recorded in Hamburg, Germany, over a six-month session at Clouds Hill Recordings with producer Johann Scheerer (Bosnian Rainbows, Gallon Drunk). Press materials tout the recording process itself as some sort of revelatory experience, citing the use of an 8-track two-inch tape machine and a quarter-inch master machine, but none of this means anything unless the songs they captured were in fact worth capturing, which the bulk of Hamburg Demonstrations’ tracks are not. From the out-of-key warbling on “Birdcage” to the soggy Amy Winehouse tribute “Flags From the Old Regime”, little on this album will stick after repeated listens.

However, credit where credit is due: “Hell To Pay At the Gates Of Heaven” is a shambolic shuffle inspired by the terrorist attacks at the Bataclan in 2015 that is far and away the most interesting track on the album. Its chorus of “Come on, boys, choose your weapon/ J-45 or AK-47?” delivered by Doherty in a half-slurred, voice-cracking melody, is memorable three-and-a-half minute respite from the cold porridge of the rest of Hamburg Demonstrations.

The album is so uneventful that even an attentive listener may not notice “I Don’t Love Anyone (But You’re Not Just Anyone)” appearing in two different forms on the tracklist, only three songs apart. The song’s second version (which appears first in the album’s sequencing) is a dreadfully slow ballad that goes nowhere; the second appearance at least attempts a full-band, up-tempo arrangement, though the song still lacks in the hooks department, making its double inclusion downright baffling.

Doherty has claimed he has been clean and sober since completing his latest rehab stint in January 2015. That’s commendable. However, if this is what his sober mind produces — and the alternative is, uh, heroin addiction — perhaps a career change away from music is in order.

Essential Tracks: “Hell To Pay At the Gates Of Heaven”, “Oily Boker”