Some bold minds find inspiration in the musical and rise above the pleasant curios surrounding them. 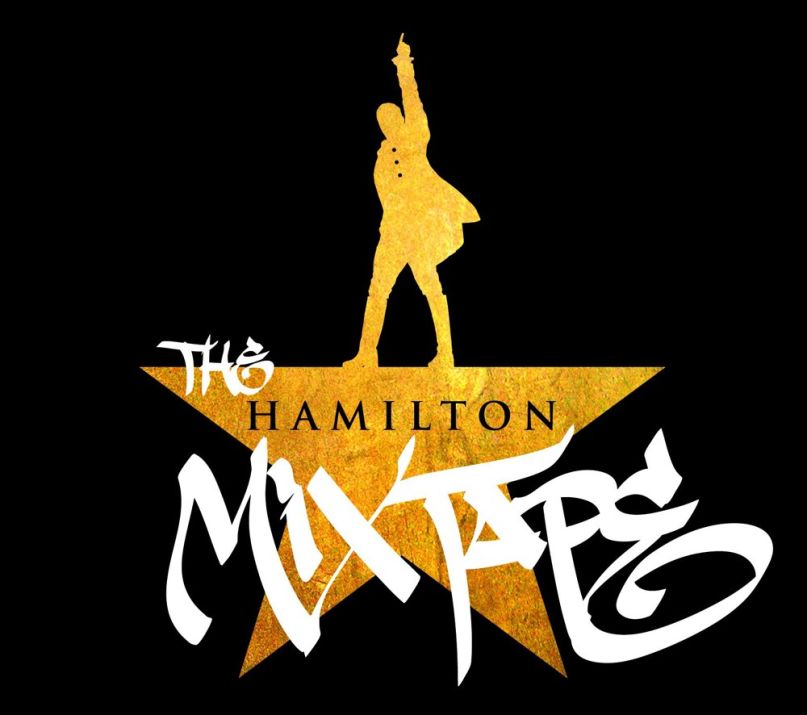 There’s this musical out there, Hamilton — perhaps you’ve heard of it? Before Lin-Manuel Miranda’s Pulitzer Prize-winning behemoth became a ubiquitous part of pop culture, before the Trump tweets and the Saturday Night Live appearance and all the rest of it, Hamilton was going to be The Hamilton Mixtape, a concept album that maybe, someday, would become a show. In that sense and others, The Hamilton Mixtape — perhaps better called Volume One, as there’s an already-confirmed follow-up in the works — brings things around, full-circle. Of course, the initial version Miranda dreamed up probably wouldn’t have featured Kelly Clarkson.

Equal parts tribute album and artistic response to the musical from which it was borne, the 23-track Hamilton Mixtape functions on several very different levels. It’s another opportunity for Miranda to get devotees of the show as hooked on the art form of hip-hop as they are on that Original Cast Recording, and for some of the show’s most famous proponents to turn their fanbases on to one of the most acclaimed pieces of American art in recent memory. In these aims, your mileage may vary, but there’s more at work here than mere fan service. Miranda and friends dream up dazzling new interpretations of some of the show’s most potent tracks, and better still, create vibrant responses to Hamilton and the themes and questions it embodies. As a companion to the musical, it’s indispensable. As a standalone piece of art, it’s as flawed, complex, and sometimes dazzling as the historical figure on which Hamilton centers, to say nothing of the country he helped to create.

An introductory track from The Roots makes the playing field for the mixtape perfectly clear, evoking John Trumbull’s painting of the signing of the Declaration of Independence to signal that, like the show from which it grew, The Hamilton Mixtape will dig into the messy guts of the American experience. The two tracks that follow — “My Shot (Rise Up Remix)” and “Wrote My Way Out” — look to the present, rather than the past. The former, a defiant banger on resilience and determination featuring terrific verses from Busta Rhymes, Joell Ortiz, and Black Thought, neatly sets the stage for “Wrote My Way Out”, a track inspired by Hamilton’s “Hurricane”. Alexander Hamilton’s insanely prolific writing was part of what inspired Miranda to tackle his story, and it dovetails neatly with the experiences of artists like Nas and Miranda himself, who’ve shaped their own destinies through the written word.

These thoughtful responses, linking history with our contemporary world, make up many of the album’s highlights, but several of the more traditional interpretations also soar. While songs like “Satisfied” and “It’s Quiet Uptown”, featuring monster vocal performances from Sia and Kelly Clarkson respectively, don’t make a ton of sense out of the context of the show, it’s difficult to care when it all sounds so damn good. Other performances, including Usher’s “Wait For It” and a head-scratching take on “You’ll Be Back” featuring the Roots and Jimmy Fallon, can’t help but suffer by comparison to the originals (with the latter playing more like a sketch, though not a funny one). Unexpectedly, two tracks work beautifully as standalone songs: “Helpless”, which reunites Ashanti and Ja Rule for three minutes of early-2000s R&B bliss, and “Dear Theodosia”, which gets two interpretations, including an album-closing take from Chance the Rapper and Francis and the Lights that’s as breathtaking as anything else he’s released in the last year.

Demos and material cut from Hamilton are peppered throughout, all interesting as supplemental material to the show, while a few of these, notably Dessa’s “Congratulations” and Miranda’s demo for “Cabinet Battle No. 3”, stand out as particularly compelling. Still, no bonus Hamilton material packs anywhere near the punch as the original responses. Like the two openers, Wiz Khalifa’s “Washingtons By Your Side”, the Common-featuring “Who Tells Your Story”, and album standout “Immigrants (We Get the Job Done)” put new ideas out into the world, new verses, and the same kind of new and exciting energy the musical created when it debuted. If nothing else, The Hamilton Mixtape gave some of music’s boldest minds a terrific source of inspiration and let them run wild. In an industry often dominated by cookie-cutter, one-size-fits-all songs, that’s no small thing. When it comes to a possible Volume Two, we’ll be willing to wait for it.

Essential Tracks: “Immigrants (We Get the Job Done), “Helpless,” and “Dear Theodosia (Reprise)”