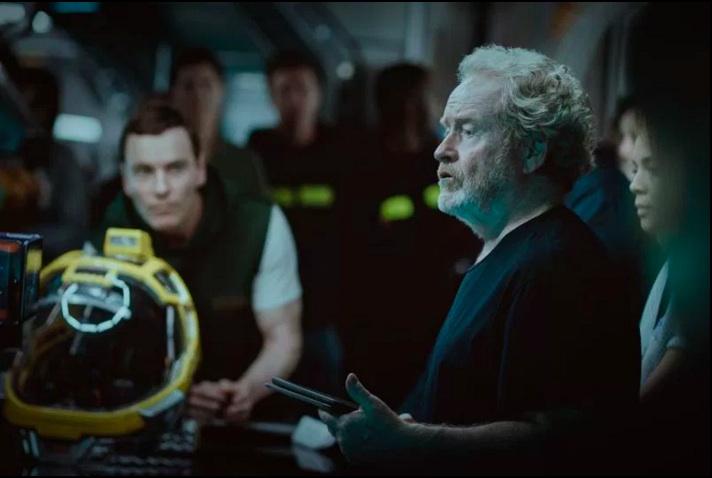 After catching a glimpse of the movie’s freaky, Pompeii-like setting and discovering Prometheus’ Noomi Rapace will be reprising her role as Elizabeth Shaw, we’re now being treated to a few new revelations regarding Ridley Scott’s Alien: Covenant.

“He’s a master!” Waterston said of Scott in an interview with EW.com. “He’s got the energy of 10 25-year-olds.” She also called him “sadistic,” which should bode well for those hoping that, unlike Prometheus, Alien: Covenant will bring the scares.

Scott himself also piped up, saying that this story of a colony ship who stumble upon an idyllic, yet dangerous, planet will clear up some of Prometheus’ more confusing plot points, many of which turned off a fair share of its audience. “Covenant is really going to show who did it and why,” he explained. Well, thank goodness.

Meanwhile, Variety is reporting that James Franco will have a role in Covenant. Along with Waterston, he’ll appear alongside returning Prometheans Rapace, Michael Fassbender, and Guy Pearce, as well as Billy Crudup, Danny McBride, and Demian Bichir.

No word yet on if Franco will reprising his Spring Breakers role, who was conveniently named Alien.

See more photos from the film below: