Synthpop duo to split after 10 years and three studio LPs 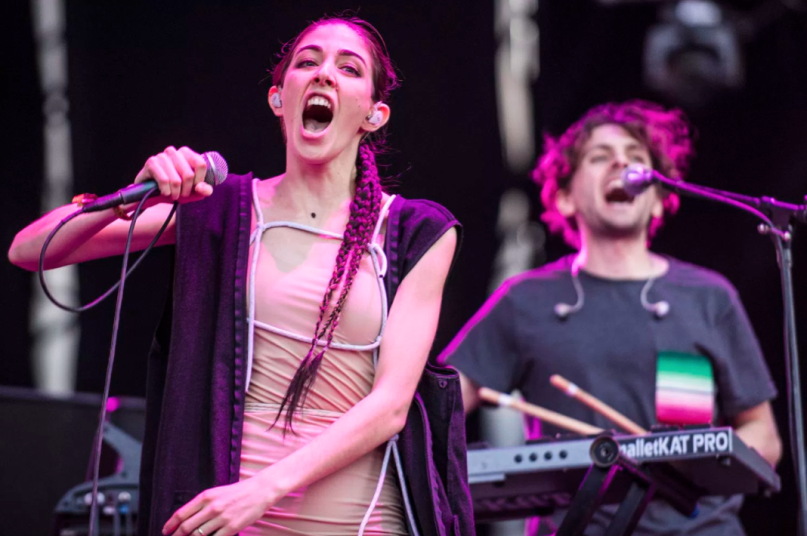 Brooklyn synthpop duo Chairlift have announced they will be splitting up next year. Singer Caroline Polachek revealed the news during a gig last night at their hometown’s Good Room. “It’s been a wild year—we put out Moth in January and now we’re back home playing for you guys,” she said (via Pitchfork). “We wanted to announce that in spring of next year, Chairlift is going to be playing our final shows.”

The dates Polachek mentioned are forthcoming. In a statement the duo later released on Twitter, it was revealed that Polachek will be pursuing a solo career while Patrick Wimberly would focus full time on record producing. It’s not clear if Polachek will continue under the Ramona Lisa moniker she launched in 2014 or if her next solo endeavors will be a different project.

Chairlift was formed by Polachek and Aaron Pfenning in 2005. They were joined by Wimberly shortly before their 2008 debut full-length, Does You Inspire You. Pfenning left in 2010, and the band has operated as a recording duo ever since, releasing Something in 2012 and Moth earlier this year. They also co-wrote the song “No Angel” from Beyoncé’s 2013 self-titled album.

Below, read the band’s full official statement and revisit “Ch-Ching”, the lead single from Moth and one of our favorite songs of the year.