"Get in the tub, press shuffle and treat yourself" 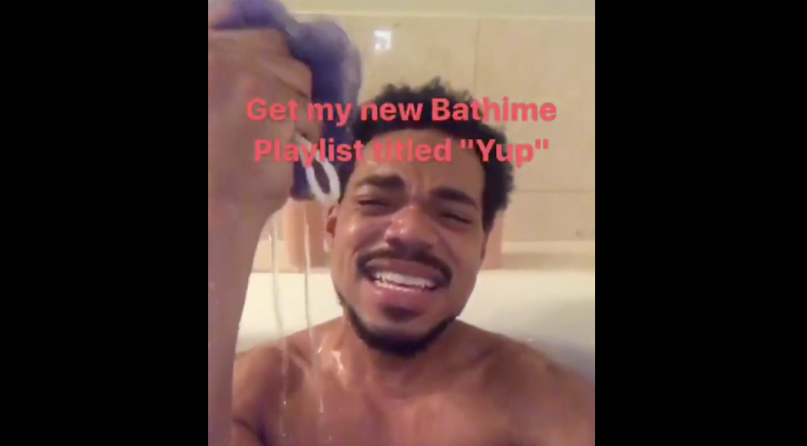 Without a doubt, Chance the Rapper had a highly successful 2016. He released Consequence of Sound’s pick for No. 2 album of the year with Coloring Book; scored a Billboard Hot 100 hit with “No Problem”; launched his own festival; and embarked on an extensive world tour. Most impressively, the Chicago native made history by scoring several Grammy nominations (including Best Rap Album) with a streaming-only release, thanks to a rule change which was in no small part thanks to Chance himself.

With such a whirlwind schedule, it’s understandable for the Save Money rapper to take some time for himself. Which is why you can currently find him soaking in a tub, and he’s curated a new playlist to fit the mood. “I been neglecting myself, not taking care of me. I take a shower everyday. But when is it bath time?” Chance said via Twitter. “Enjoy a bath once in a while. I made this playlist. Get in the tub, press shuffle and treat yourself.”

The 26-track playlist includes Young Thug, Solange, Bon Iver, Gucci Mane, and a healthy dose of Frank Ocean, along with Drake, Erykah Badu, and Kirk Franklin. His good friend Kanye West is conspicuously missing, despite their collaborations on The Life of Pablo and Coloring Book. Listen to the playlist below.

Update: We now have video of Chance singing Frank Ocean’s “Self Control” in his bathtub: