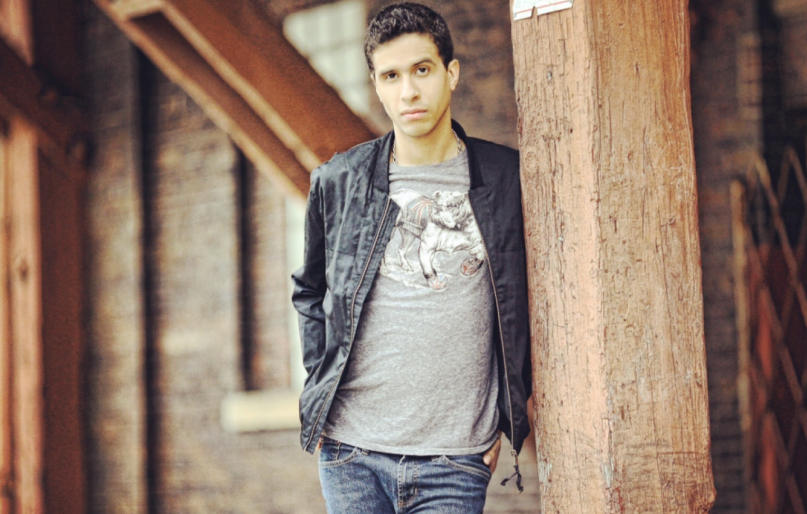 Sorting through the entries to Consequence of Sound’s Are You the Next Greatest Singer? contest saw contestants spanning experience levels and abilities, with Chicago’s Dylan Lloyd standing tallest among the bunch. A 30-year-old South Side native, Lloyd makes the most out of the Krue.tv platform, appearing three times a week (Tuesday, Thursday, and Sunday) after becoming a partner in a single week. Viewers can tune in to watch him mostly performing his originals, with the occasional cover song thrown in for good measure. It’s an opportunity for his audience to get to know him, both in terms of his personality and his music.

The platform is just one of many for the singer-songwriter, who also utilizes his own Pandora station to get his voice out there. A look at his resume, which includes a publishing deal with Radar Music Publishing, working with numerous Grammy-nominated and platinum producers, in addition to a record deal with Independent Ear Records from Rockford, Illinois, showcases a lifelong pursuit of his musical ambitions, which began at age five at his grandparents’ house in Englewood.

“It’s a bad neighborhood,” Lloyd recalls by phone. The threat of gangs loomed outside his front door, resulting in him going to school outside the area and seeking hobbies within his residence. “My grandparents kept me inside all the time, and there was a baby grand in the house. I always heard music in my head, knowing it was something new, and just didn’t know what the hell to do with it. So I just started fooling around with the piano, learning on the white keys until I perfected those by the time I was 12 years old. When my mom saw how good I was, she signed me up for some lessons as a Christmas gift. But I advanced too fast for 50-dollar-an-hour sessions and my parents weren’t really satisfied, so I never had another lesson after that.”

Rather than take his education through formal means, Lloyd turned to the masters that came before him. He cites Ben Folds, Prince, Foo Fighters, The Beatles, and, most of all, Michael Jackson as the artists he absorbed in his teens. “I can’t dance like Michael or sing like him, but that writing style is the goal that I always try to attain,” he says. He may not have ridden his bike around the neighborhood or skateboarded with friends like other kids growing up, but his deep-dive into music wound up being his passion as an adult.

Oddly enough, Lloyd didn’t feel comfortable with his voice until he was in his 20’s, which seems ironic now considering how much his voice stands out with soulful confidence in all of his Krue.tv clips. Combined with his slick piano chops, Lloyd’s vocals strike a formidable balance that has brought success to many masters before him, from Elton John to Stevie Wonder.

These days, Lloyd is still staying inside a lot, as music has gone from an interest to a career. Through publishing advances and royalties, he’s able to focus solely on his creative pursuits. “I’m living the dream,” Lloyd says, “even though the dream isn’t quite as lucrative as it might have been in the ’80s or ’90s. I’ve never been into music for the money. If I wanted to make money, I’d be doing anything else. I don’t care if the money is too little, because the love I have for it is too great.”

A big part of that love comes from the fans he has earned along the way. Fan interaction, in kind, has become a big point of emphasis for Lloyd. Over the past few years, he’s practiced a program called Fan Love Friday, which honors a specific fan on all of his social media channels. By the end of the year, Lloyd chooses a special winner to earn top honors, who then receives prized gift packages. To build on that idea, Lloyd will soon head out on the Fan Love Friday Tour, where he’ll visit his selected fans across the nation. Along with the endless support from his parents and grandparents, he cites his fan relationship as a key factor that might help him progress with his career.

“I want to change the face of artist-to-fan appreciation,” he says. “I want artists to look at themselves and ask if they’re really reaching out to fans the way they should. Because if this guy with 2,000 followers can fly out and go meet his fans, then people with millions of followers should be able to go out and do something similar and personal. The music industry as a whole would benefit from it if more fans were excited about the interactions with artists.”