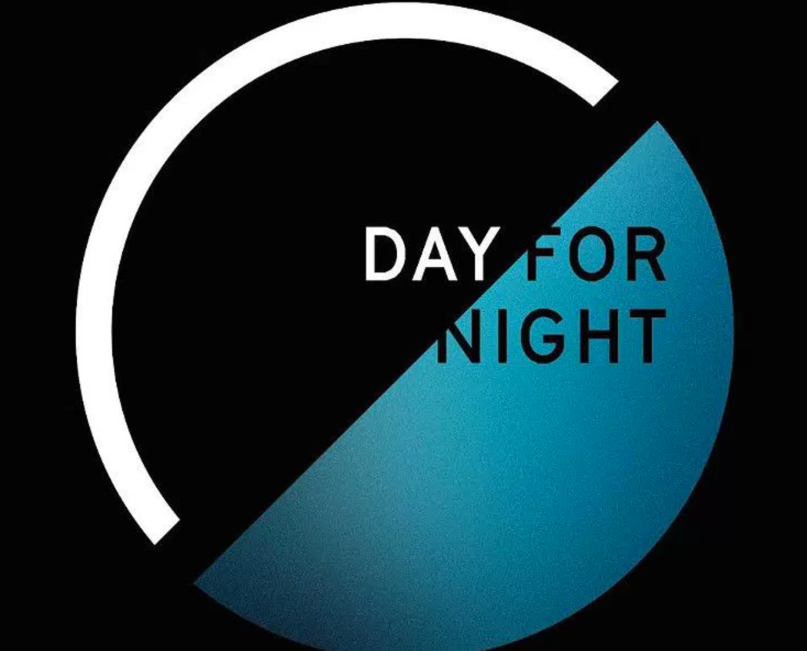 Day for Night is a festival unlike any other in the country. It’s an immersive experience of light and sound that brings together a wide array of experimental artists from around the world, pushing the boundaries of what one might expect from the typical music festival experience. For its second year, the festival relocated from its previous home to a large abandoned warehouse on the edge of Downtown Houston that used to serve as a post office. Its dimly lit and cavernous halls provided a dark, dilapidated setting that contrasted with the wide array of installations from groundbreaking visual artists.

While hundreds spent hours in line for a chance to get a look at Björk’s interactive digital experience, just as many wandered around, discovering pieces from artists like Tundra, Nonotak, Shoplifter, and many others that were just as involving. One long hall was filled with red lasers that formed a grid not unlike a security system from a heist movie. Another room contained beams of light oscillating and shining at a reflective chandelier that resulted in lights dancing across the walls. Unlike festivals where people take pictures sunbathing across the lawn, the selfies here came from rooms where lasers shot across the ceiling in noodling patterns, or a hall of mirrors lit fluorescently. Even if you didn’t spend a minute checking out music, you were likely to get your money’s worth just by viewing the unique installations set up in a building that served as a relic from a forgotten age.

Most were there for the music, though, and a quick glance at the lineup makes it immediately apparent why. Sure, there were popular artists that would be draws at any festival (Kaskade, Travis Scott, Odesza, and Banks) that had college kids on break flocking through the doors. And there were indie-rock stalwarts like Tycho, Ariel Pink, Lower Dens, and Unknown Mortal Orchestra that drew crowds. But what made Day for Night stand out in terms of its lineup was a real drive to bring in a mix of electronic artists from influential legends like Björk, Squarepusher, and John Carpenter to cutting-edge experimental artists in their prime like Arca, Oneohtrix Point Never, Clams Casino, and Sophie. They made room for special performances from artists across all spectrums, bringing together artists like Blood Orange, Liars, Run the Jewels, Kamasi Washington ,and Thundercat in an unexpected harmony. Topping it all off was the crown jewel, Aphex Twin’s first US performance in eight years.

By delivering a carefully curated lineup unlike anything other festivals have to offer, Day for Night has quickly established itself as one of the premier festivals in the country. Even when the volatile Houston weather dropped nearly 45 degrees in a 12-hour span, that didn’t dampen the spirits of the crowds who traded their t-shirts for jackets to go back outside and experience something new.

There were a few kinks to work out, which is normal for a young festival, especially one in a brand-new location. Food options weren’t enough to satisfy the large attendance, with lines consistently extending to unreasonable lengths. Plumbing also proved to be an issue, with the indoor bathrooms losing running water in sinks, drains backing up, and a stinky sewage stream running from the warehouse to the street. And for those that forked over the money for the VIP, complaints could be heard about the lack of bang that distinction produced for its buck.

Still, the entire operation ran fairly smoothly considering its scale. Incorporating visual art in a way that went above and beyond the expectations of a typical music festival, Day for Night offered a bold vision that could serve as a blueprint for other festivals to evolve beyond stagnation into something truly remarkable.