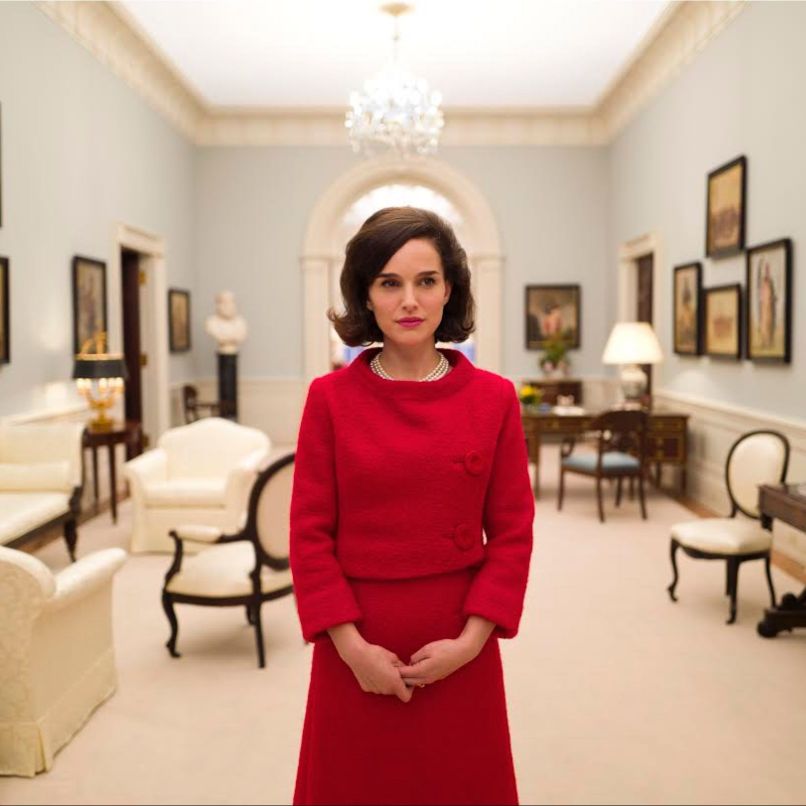 Here lies the biopic, may it rest in peace. It takes with it that moment where the camera zooms in on a little kid’s eyes and then zooms out on the soulful eyes of a very famous actor chasing an Oscar. It takes with it the stirring moment when the famous protagonist confronts his or her demons, only to be led through the darkness by a loved one, or by their spirituality, or some seemingly mundane but deeply meaningful coincidence. It was done in by Pablo Larraín, Noah Oppenheim, and Natalie Portman, and they showed little mercy. It is survived by Jackie, a remarkable film with no patience for that kind of maudlin filmmaking.

It shall rise again, of course, but for now we have this tremendous, almost frightening, and bracingly unsentimental film. In his English-language debut, the Chilean director Larraín approaches his subject as a complex, many-faceted being, not a special collector’s edition. There’s reverence here, to be sure, but it’s not for an American icon. Instead, the director shows great care for grief, for love, for intelligence and anger. His reverence is for humanity, and for the performance that gives this film its pulse — and what a performance it is.

Like Loving, another great 2016 film that focuses on a significant moment in modern American history, Jackie doesn’t feel the need to dress up events in tired tropes, but where Loving peers in on the day-to-day, Jackie focuses instead on a spare few moments in the life of its subject (Portman): her heralded and televised tour of the White House, the assassination of President Kennedy (Caspar Phillipson) and its immediate aftermath, and the process of planning J.F.K.’s funeral with Bobby Kennedy (Peter Sarsgaard) before departing the White House. The story jumps pell-mell from moment to moment, but all are wrapped in the same framing device, as the (now former) First Lady gives a post-assassination interview to an unnamed reporter — though to call it an interview is perhaps too generous. Within moments, the reporter (Billy Crudup) has been made aware that his subject decides what is said, and how, and in what way. She’s in charge, and by the way, she doesn’t smoke.

It would be difficult to overstate the remarkable work Portman does here. It’s a performance that transcends imitation, though her take on Jackie’s public face is uncanny — the tremulous voice, the practiced walk, the smile that flashes with deliberate brilliance before dropping away. If these affectations are a mask, that mask belongs to Jackie, not the woman playing her. The tension between the public Jackie and the private one seems clear when one compares the White House Tour — recreated in eerie detail — with the interview laced throughout the film. Between those two chronological extremes, these two selves collide, mutate, fracture, and solidify. When confronted with the impossible, Jackie shatters and solidifies, steeling herself to keep Camelot alive even as it, and she, fall inexorably apart. Portman captures it all with unflinching ease, giving a performance that’s equal parts deliberate and raw. She deserves every accolade thrown her way.

Of course, she’s not the sole reason for the film’s success. Larraín’s camera often lingers so close to Portman that it feels almost invasive, but that kind of intimacy pervades nearly every shot, no matter the distance. Whether we’re peering beneath Jackie’s funeral veil or watching her from afar as she stomps through the mud at Arlington National Cemetery, there’s a sense that we’re seeing something deeply private, an effect heightened when Portman herself stands just a bit too close to those who’d rather not see the blood on her suit or the fear in her eyes. Larraín is aided in this by the production and art design, Mica Levi’s haunting score, and most especially by Madeline Fontaine’s costumes, which ground the film in its here-and-now without ever giving off the sense that you’ve stepped into a wax museum. They’re beautiful, but not stiff or slavish, and in one particularly memorable sequence, they play as important a role as Portman does.

There’s one last player that must be mentioned. It’s not a cast member — while Crudup, Sarsgaard, John Hurt (as a priest) and Greta Gerwig (as the First Lady’s right-hand woman) all excel, this is Portman’s show and no one seems to question that. No, Larraín and his star owe quite a debt to screenwriter Noah Oppenheim, who offers opportunity after opportunity to tear down our preconceptions. Oppenheim creates a psychological portrait of a woman in unimaginable circumstances who, despite being dismissed, chided, and cosseted at nearly every turn, finds the means to continue the questionable task of writing a romantic fiction for the American people. He imagines palpable grief and rage shot through with the instincts of a woman who understands the importance of symbols, beauty, and legacy. It’s as complex and surprising a character study as any you’ll see this year, a fact made all the more impressive when you remember that the woman in question has been turned into a collectible doll.

As the film nears its conclusion, there are moments which feel a bit on-the-nose, but those moments are fleeting. Instead we’re left with this psychological kaleidoscope, a stunning, unsettling tapestry that will surely grow richer with time. There are no shortage of stories about the Kennedy assassination, up to and including time-travel novels and Broadway shows, but this may be the first to show us the event through the eyes of the woman in the pink suit and hat. It’s beautiful, and ugly, and long overdue.

“You have your whole life in front of you,” Jackie’s told near the film’s conclusion. “Oh,” she says, “that’s a terrible thing to say.”