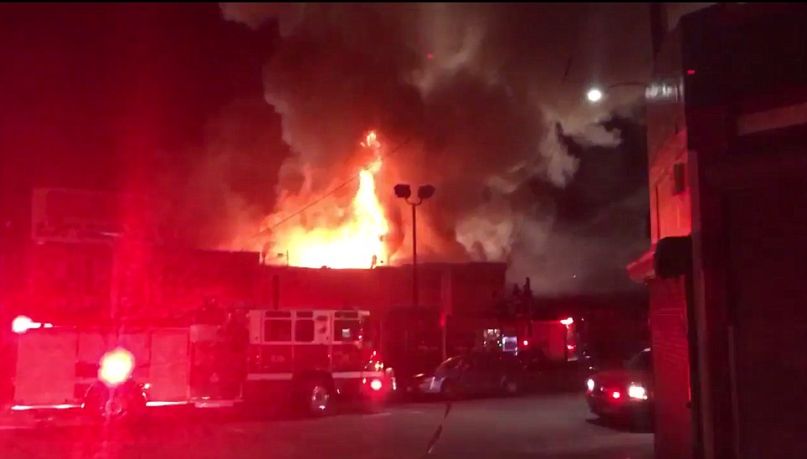 Nine people are dead and others are missing after a fire broke out at a late-night warehouse dance party held in the Fruitvale neighborhood of Oakland, according to The Mercury News. Update – 10:25 a.m. ET: The East Bay Times reports that 25 people are unaccounted for. Update – 2:00 p.m. ET: According to the local sheriff, officials fear as many as 40 people died in the fire.

The event featured artists from Los Angeles-based electronic label 100% Silk, including Golden Donna, Cherushii, and Nackt. It was held at an live-in artist enclave known as “The Oakland Ghost Ship.”

The fire reportedly broke out around 11:30 p.m. local time and, as of 4:00 a.m. local time, it was not under control. At least 55 firefighters were on the scene battling the fire. As of now, the cause of the fire is unknown. Friends and family of attendees are using the event’s Facebook page looking for confirmation their loved ones are safe.