Is there anything this man can't do? 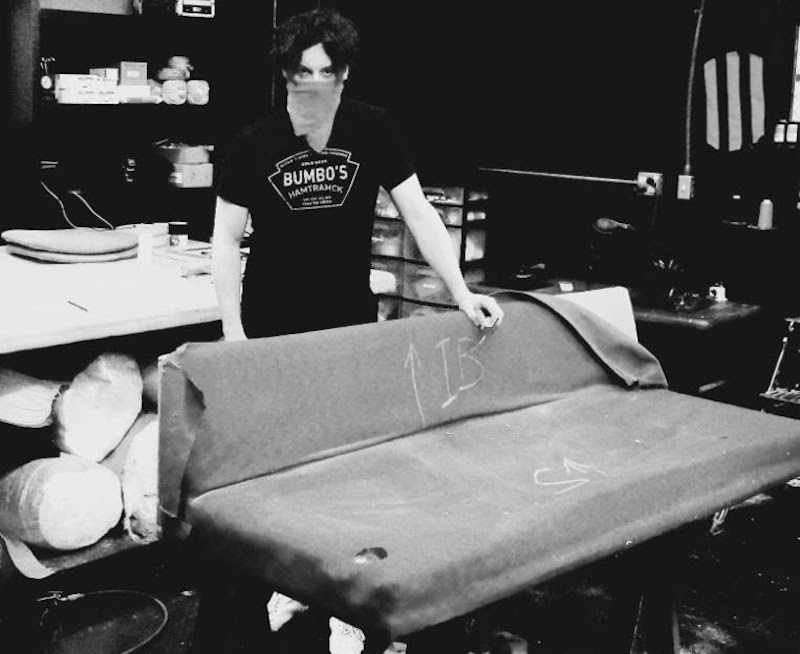 Before Jack White became a world renowned rock star, he began a three-year upholstery apprenticeship at 15, which culminated in him opening his own shop, Third Man Upholstery. As legend has it, he hid several early White Stripes vinyls within the reupholstered furniture. Recently, White was brought out of retirement after the Phillips family sought his assistance in rescue an old couch.

The Phillips family, which owns Sam Phillips Recording Studio in Memphis, Tennessee, gave White free reign on color and fabric choice. As you can see below, he took a faded maroon couch and gave it new life with a sky-blue backrest and bright-red seat cushion.

(Read: The Unusual Hobbies of Your Favorite Musicians)

The project is one of the first efforts in the family’s plans to refurbish and restore the building to its original glory. Legends such as Jerry Lee Lewis, Bob Dylan, Phil Collins, Hank Williams Jr., Johnny Cash, Robert Plant, and more have recorded in the space, which continues to be used to this day