They're just as bad as you think 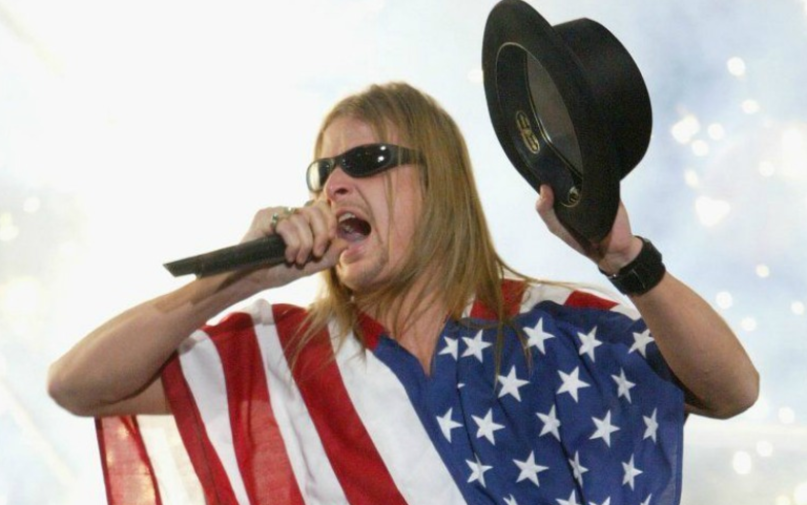 If you’re wondering what ultimately helped sway Michigan voters towards Donald Trump in last month’s election, it was probably Kid Rock. The Joe Dirt supporting player was a vocal supporter of the orange one during the election, and is now doubling down by selling pro-Trump merchandise.

The trio of shirts would no doubt be approved by our president-elect, in that they’re filled with the kind of colorful, combative, not-so-clever language that’s come to define both the soon-to-be most powerful man in America and his voting base.

One reads “God, Guns & Trump,” perhaps to honor that scene in the Bible where God gave each apostle a semi-automatic. Another names all Democratic-voting states “Dumbfuckistan,” a phrase adapted from this year’s London Has Fallen, a movie only a Trump voter could love. The final shirt implies that all Donald Trump haters currently have a penis in their mouth, because, as we’ve learned time and again through his music, there is nothing Kid Rock finds more emasculating than a having a schlong in one’s mouth. Why oh why would Pamela Anderson ever leave him?

Check ‘em out below.