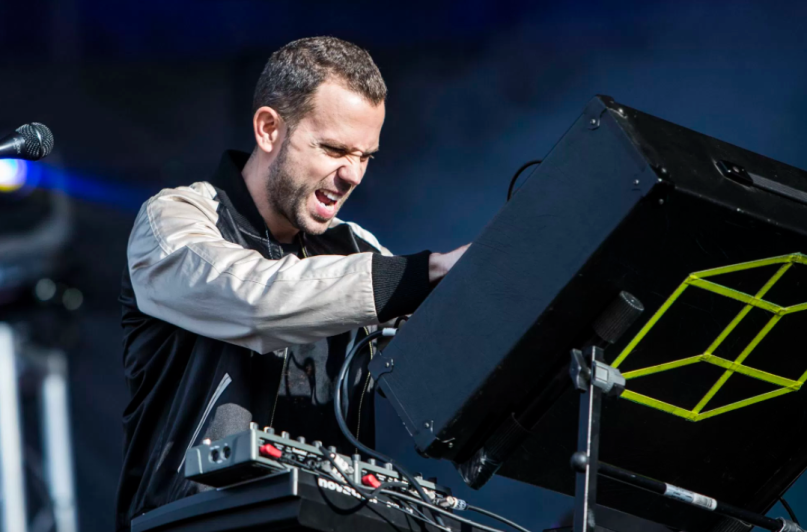 M83 mastermind Anthony Gonzalez is known for his wild and winding future pop, creating colorful compositions like those found on this year’s Junk. Now, he’s taking those sounds to the big top as he’s just been announced as the composer and musical director for Cirque du Soleil’s newest show, VOLTA.

“We have been following the work of M83 for many years and have always been convinced of the incredible potential of integrating his music to a Cirque du Soleil production,” director of creation Jean Guibert said in a statement. The show’s writer and director, Bastien Alexandre, added, “We were seduced by Anthony’s ability to create melodies that are both epic and poetic and transcend the heart and soul. We are honored that he agreed to lend his talent to this project.”

Premiering April 20th under the Big Top at Montreal’s Old Port, VOLTA is described as a story about freedom of choice and creating your own path. It’s said to be “inspired in part by the adventurous spirit that fuels the culture of action sports,” a fitting muse for a production known for its high-flying acrobatics and striking visuals.

In a press release, Gonzalez commented on the collaboration:

“When Jean and Bastien first approached me, I was immediately excited about the idea of working with Cirque du Soleil. Not just because they are a company known throughout the world, but also because I was deeply attracted by the story of VOLTA, and the spirit that underpins the show. The story of VOLTA is ours. It is a tale of a generation who is calling for change and I was very keen to contribute to telling this story. I’m deeply honored to be part of the Cirque team and it’s a wonderful new challenge in unknown territory for me. Ultimately, it’s challenges like this that I find so inspiring and drive me to make the music that I do.”

Tickets for VOLTA go on sale today, and can be purchased here. Watch a TV ad featuring some of Gonzalez’s new music below, followed by the show’s official synopsis.

“WAZ, a popular gameshow host, has lost touch with his inner self in the pursuit of fame, pulling others in the trap of instant glory. But as doubt sets in, WAZ is enlightened by childhood memories as he encounters ‘free spirits’ who open doors to his inner soul he has long kept shut. On his high-voltage search for meaning, will WAZ find the courage to relinquish his fame, reconnect with his true self, and shine bright?”