R.E.M. frontman brings out a cake, joins the band in singing "People Have the Power" 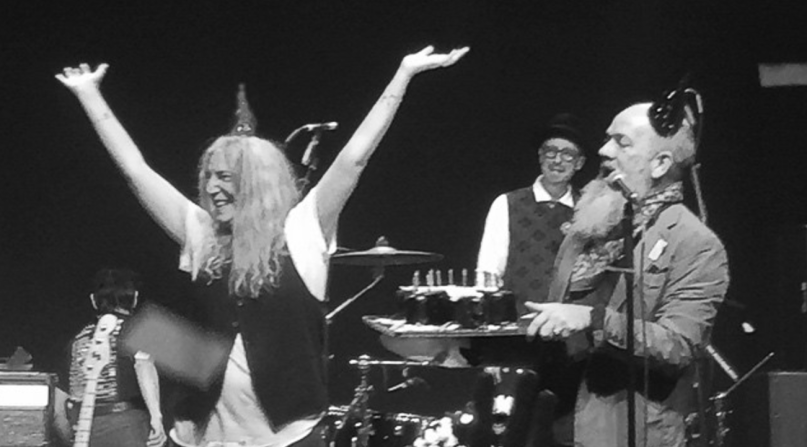 Yesterday was Patti Smith’s 70th birthday, and the Godmother of Punk celebrated by hitting the stage at Chicago’s Riviera Theatre for a full performance of her seminal album, Horses. Near the end of the show, Stipe’s longtime friend and collaborator Michael Stipe surprised her with a birthday cake and led the crowd in singing “Happy Birthday”. He then joined Smith and her band in performing “People Have the Power”. Watch footage below.

Recently, Smith appeared on behalf of Bob Dylan at the Nobel Prize gala and sang “A Hard Rain’s A-Gonna Fall”. Despite what she says, it was pretty great.

Michael Stipe, the lead singer of R.E.M., came out with a cake and sang "Happy Birthday" to Patti Smith. pic.twitter.com/WACrIGsJZq