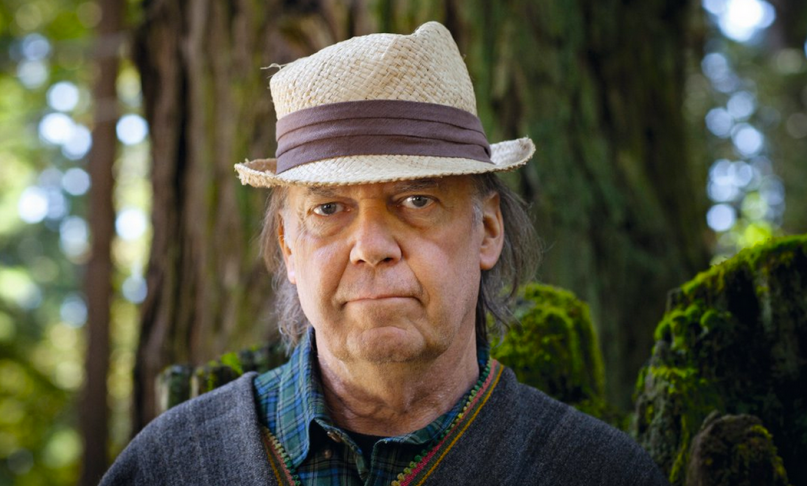 In a new interview on the Rolling Stone Music Now podcast, Neil Young discusses the process of writing and recording his politically charged 37th album Peace Trail. “I would just get up in the morning and pick up my guitar and whatever I did, that was it,” he says. “I built a song right on that and just wrote about what was on my mind.” The 10-track album, which Young recorded with bassist Paul Bushnell and drummer Jim Keltner, trains its lyrical sights on the ongoing Dakota Access Pipeline protests and functions as a withering critique of the corporate interests behind that controversy.

Over the course of the Rolling Stone interview, Young also touches on a number of other issues, both musical and political. He insists that Crazy Horse “has a huge future” that includes bassist Billy Talbot, who he claims has fully recovered from his recent stroke. “Crazy Horse has a cycle,” Young explains. “If you look at Crazy Horse’s history and when Crazy Horse played and when they didn’t play, you can see that we’re still in the pocket.” The same cannot be said for Crosby, Stills, Nash, and Young, whose future continues to look bleak following Crosby, Stills, and Nash’s breakup earlier this year.

In other, slightly more surprising news, Young has some (sort of) kind words for President-elect Donald Trump. “Trump has a refreshing viewpoint for the downtrodden, for the people who have suffered under politics as usual,” he says, adding, “I wish him absolutely the best with that and on the other side of the coin, I hope he fails miserably with all of his bad ideas.” Young also jokes that Trump’s “Make America Great Again” slogan came from a conversation the two of them had about Trump investing in Pono, Young’s hi-res music company. “I said, ‘Don, let’s make music great again,'” Young jokes. “I won’t sue Don Trump. I won’t sue him for taking that!”

Listen to the full interview below, via Rolling Stone.