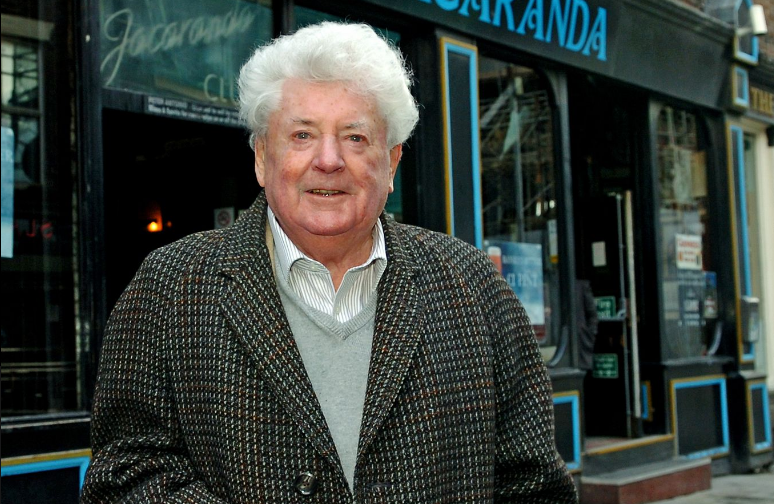 Allan Williams, the man who discovered The Beatles and introduced them to the world, has died. The Jacaranda club in Liverpool, which Williams founded and where the Beatles played occasional gigs from May to August 1960, confirmed the news of his death on Friday night. He was 86.

Though Williams was an enduring and influential fixture in Liverpool’s music scene for nearly 60 years, he is best known to the world as the first manager of The Beatles. It was Williams, after all, who personally drove the band to Hamburg in August 1960 and started them on their path toward global stardom with a residency in the German city. Before that fateful trip, the band were regulars at the Jacaranda and at the Blue Angel, another Liverpool venue owned by Williams.

As The Guardian notes, The Beatles Story exhibition in Liverpool has already released a statement commemorating Williams’ death. “We are deeply saddened to hear of the passing of Allan Williams,” exhibit spokesman Martin King said. “Our thoughts go out to his family at this sad time. Allan was a friend to many of us at the Beatles Story and his legacy will continue to be told for years to come.” King also acknowledged Williams’ “significant role” in the Beatles’ early history.

Williams’ professional relationship with the Beatles ended in 1961 during their tenure in Hamburg, when they parted ways with him after an argument over his 10-percent fee. Despite that early disagreement, the band didn’t hold a long-lasting grudge against Williams. Paul McCartney described him in The Beatles Anthology as “a great guy,” and John Lennon publicly endorsed his 1975 memoir, The Man Who Gave the Beatles Away.