Rock and Roll Hall of Fame Class of 2017: Pearl Jam, Tupac, Journey to be inducted

ELO, Yes, and Joan Baez round out this year's class 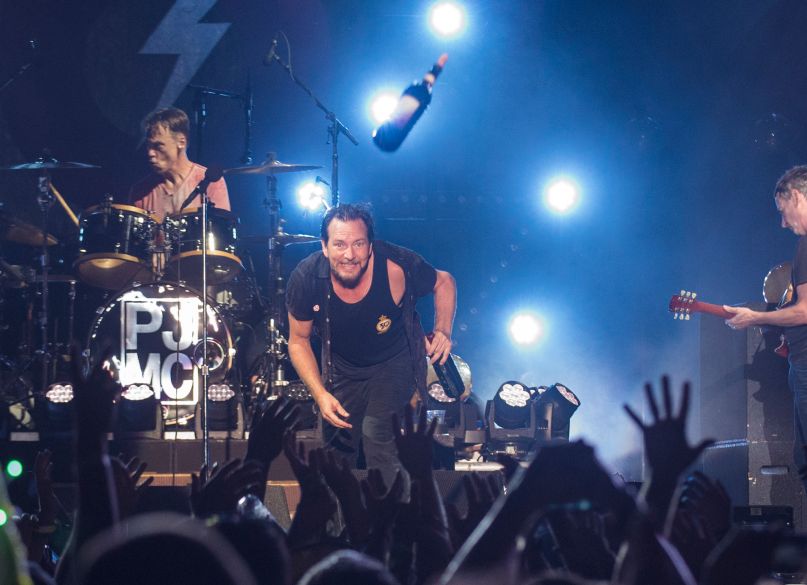 The Rock and Roll Hall of Fame has announced its class of 2017. Pearl Jam, Tupac Shakur, Journey, Electric Light Orchestra, Yes, and Joan Baez are all to be inducted during a ceremony held next April.

Additionally, while Chic was not inducted this year, the band’s mastermind, Nile Rodgers, is the recipient of this year’s Award for Musical Excellence.

Kraftwerk, Depeche Mode, Janet Jackson, Bad Brains, Jane’s Addiction, MC5, and The Zombies were on the longlist of potential inductees who will have to wait another year before their possible inclusion into the Rock Hall.

In order to be eligible for the Hall of Fame, a nominee’s first recording must have been released at least 25 years ago. This year, fans were offered an opportunity to vote, and a collective “fan ballot” was added to the over 800 ballots from artists, historians, and music industry members.

For the first time in 2017, the Hall of Fame will honor specific members of each band as opposed to the full lineup. Thus, of the five drummers who’ve played with Pearl Jam, only current drummer Matt Cameron and founding member Dave Krusen are eligible for induction. The eligible members of ELO include Jeff Lynne, Roy Wood, Bev Bevan and Richard Tandy, while the classic Steve Perry lineup of Journey is nominated alongside founding keyboardist/singer Gregg Rolie.

The induction ceremony will take place on April 7th at Brooklyn’s Barclays Center and broadcast on HBO in the spring.