Run the Jewels will release their new album, RTJ3, for free on January 13th

Listen to the latest teaser track, “Legend Has It” 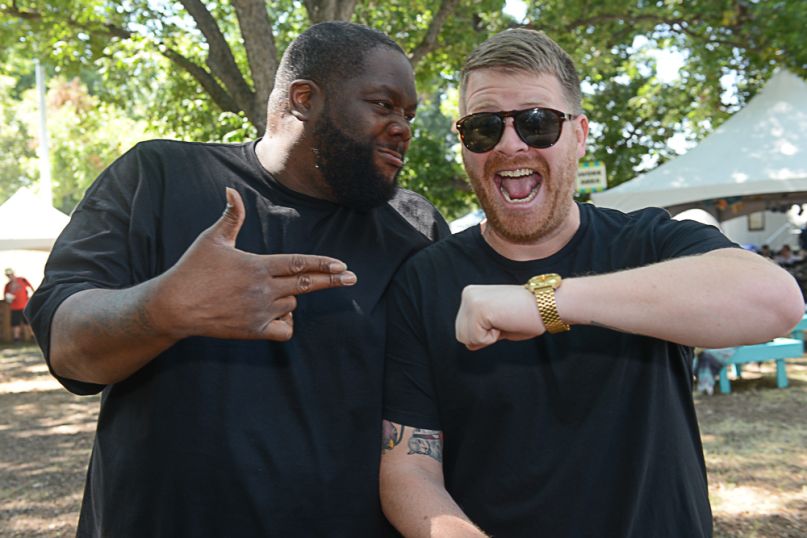 Run the Jewels will look to go three for three when they release their new album early next year. Aptly titled RTJ3, El-P and Killer Mike will offer their third collaborative effort as a free digital release on January 13th. A physical release (CD/vinyl) is set for January 13th in North America and January 20th everywhere else. Pre-orders are now ongoing.

RTJ3 boasts 14 tracks and guest collaborations from the likes of Danny Brown, Kamasi Washington, TV on the Radio’s Tunde Adebimpe, Boots, and more.

Previously released songs “Talk to Me”, “Panther Like a Panther (I’m the Shit)”, and “2100″ all appear on the new album, as does “Legend Has It”, which was released today to coincide with the album announcement. Listen in below.

RTJ3 follows the duo’s 2013 self-titled debut and 2014’s RTJ2. In support, they’ll head out on a massive tour beginning in January.