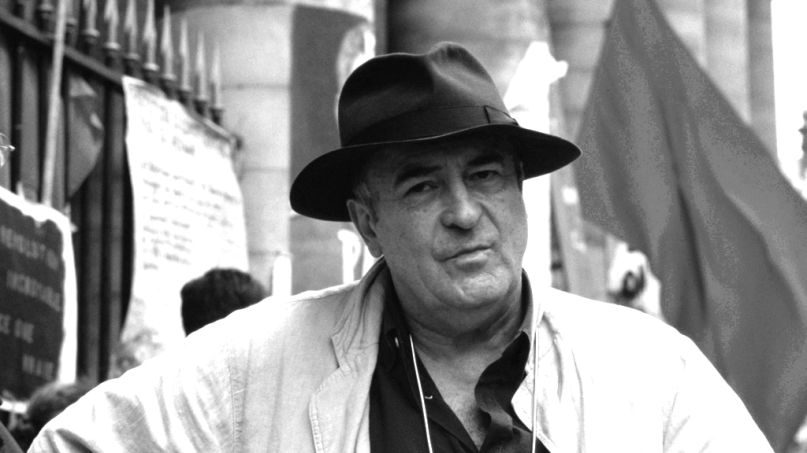 Bernardo Bertolucci’s 1972 film Last Tango in Paris has long been the subject of controversy due to its notoriously explicit sexual content. Now, a newly surfaced interview with Bertolucci has brought renewed attention to a rape scene in the film that was apparently shot without one of its lead actors’ consent.

One sequence in Last Tango sees Marlon Brando’s character rape Maria Schneider’s. Late last week, an interview with Bertolucci from 2013 resurfaced, in which Bertolucci suggests that the scene was filmed without Schneider’s consent, in order to get a more genuine reaction out of the actress. The interview can be seen below. (Content note: some of the scene in question is included in the following clip along with Bertolucci’s comments.)

Bertolucci admits that he and Brando came up with the idea for the scene, in which Brando forces himself on Schneider using butter, only that morning, and that Schneider had not been let in on it:  “I didn’t tell her what was going on, because I wanted her to react as a girl, not as an actress. I wanted her to react as if she’d been humiliated.” And later: “I think she hated me, and also Marlon, because we didn’t tell her that detail of the butter used as a lubricant.”

When asked by the interviewer if he regretted the scene, Bertolucci replied, “No, but I feel guilty, but I do not regret … you know, to make movies sometimes, to obtain something, I think that you have to be completely free … I didn’t want Maria to act her humiliation, her rage. I wanted Maria to feel, not act, that rage and humiliation. Then she hated me for all of her life.”

Schneider, who passed away in 2011, had previously discussed the violative nature of the scene publicly. In a 2007 conversation with the Daily Mail, around the time of the film’s 35th anniversary, Schneider commented on how “that scene wasn’t in the original script. The truth is it was Marlon who came up with the idea… They only told me about it before we had to film the scene and I was so angry. I should have called my agent or had my lawyer come to the set because you can’t force someone to do something that isn’t in the script, but at the time, I didn’t know that. Marlon said to me: ‘Maria, don’t worry, it’s just a movie,’ but during the scene, even though what Marlon was doing wasn’t real, I was crying real tears. I felt humiliated and to be honest, I felt a little raped, both by Marlon and by Bertolucci. After the scene, Marlon didn’t console me or apologise. Thankfully, there was just one take.”

On Brando, she mentioned that “We stayed friends until the end, although for a while we couldn’t talk about the movie. Undoubtedly, my best experience about making the film was my encounter with Marlon … I was so young and relatively inexperienced and I didn’t understand all of the film’s sexual content. I had a bit of a bad feeling about it all.” Regarding Bertolucci, she commented that “I’ve not really forgiven him for the way he treated me and although we met in Tokyo 17 years ago, I ignored him … Plus, he and Marlon made a fortune from the movie and I made about £2,500.”

This morning, Bertolucci issued a statement regarding the interview and the renewed controversy, translated from Italian: “I would like, for the last time, to clear up a ridiculous misunderstanding that continues to generate press reports about Last Tango in Paris around the world. Several years ago at the Cinemathèque Francaise someone asked me for details on the famous ‘butter scene.’ I specified, but perhaps I was not clear, that I decided with Marlon Brando not to inform Maria that we would have used butter,” he noted. “We wanted her spontaneous reaction to that improper use [of the butter]. That is where the misunderstanding lies. Somebody thought, and thinks, that Maria had not been informed about the violence on her. That is false! Maria knew everything because she had read the script, where it was all described. The only novelty was the idea of the butter.”

While the interview isn’t exactly new, a number of notable actors have voiced their disgust with the story:

To all the people that love this film- you're watching a 19yr old get raped by a 48yr old man. The director planned her attack. I feel sick. https://t.co/qVDom2gYf6

Inexcusable. As a director, I can barely fathom this. As a woman, I am horrified, disgusted and enraged by it. https://t.co/voGRhafy9K

Wow. I will never look at this film, Bertolucci or Brando the same way again. This is beyond disgusting. I feel rage https://t.co/uvaLogvv7I

And Anna Kendrick offered a reminder that the story has been around for some time:

@AnnaKendrick47 @colliderfrosty had no idea. Woulda felt rage then too. They should be in jail.