The State of Rock at KROQ Almost Acoustic Christmas 2016 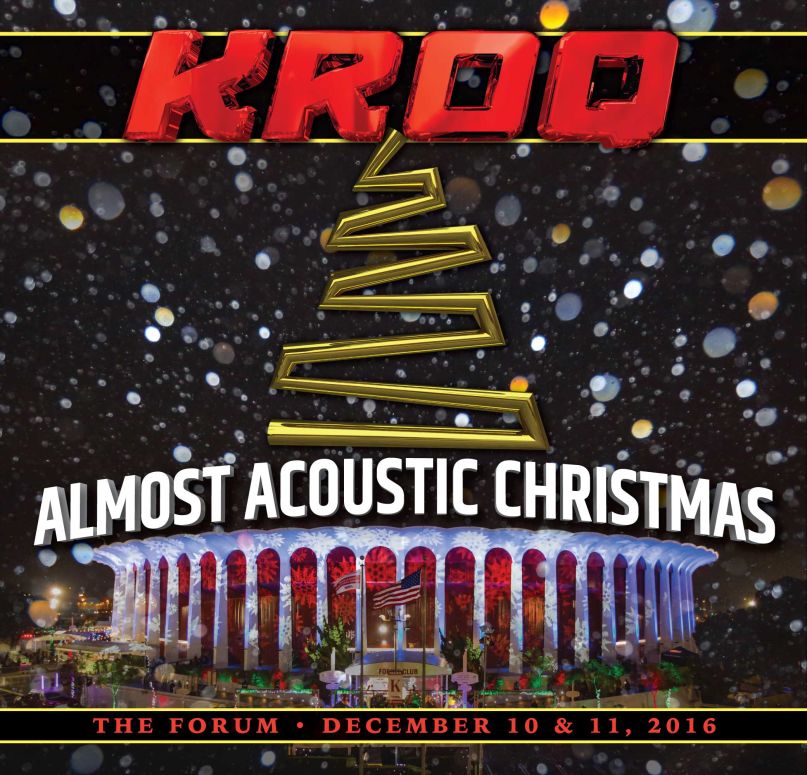 Last week, the Grammy nominations were announced, and one of the talking points prompted by the list of nominees was the sorry state of rock music. When Beyoncé and Disturbed are chosen as representatives of the genre, what does that say about the health of a sound that finds it harder and harder to stay critically relevant?

The operative word here is “critical.” Because, in truth, rock music isn’t really doing as badly in terms of commercial sales. A couple weeks ago, Metallica managed to outsell Bruno Mars during their debut weeks, while Green Day and Kings of Leon have also topped the Billboard 200 this fall. Live, Coldplay can still fill stadiums as well as Bey, even if the prestige of the latter is much greater. And then there’s Twenty One Pilots, easily the biggest breakout act of the last couple years, who’ve managed a string of top 10 singles on the Hot 100. And with acts like Arcade Fire, Foo Fighters, and Radiohead all showing up as 2017 festival headliners, it’s hard to argue against a certain vitality in rock.

If you’re going to get a barometer for where rock and roll registers in any given year, there is no better place than the KROQ Almost Acoustic Christmas, taking place at The Forum in Los Angeles over the weekend. Running annually since 1990, the annual Christmas concert has evolved from an actual acoustic series to its modern incarnation. Early years didn’t don the “almost” and featured stripped-down sets from the likes of Social Distortion, Siouxsie and the Banshees, and The Smashing Pumpkins. Over the years, though, the tradition was lost, with artists like Sonic Youth, Arcade Fire, David Bowie, Portishead, Coldplay, Depeche Mode, and Nine Inch Nails all plugging in at various Los Angeles venues. With all the proceeds going to charity and fans finally putting faces to the names that they hear between the songs on the radio, it’s always one of the best parties of the year, standing as a sort of state of the union for rock music.

Looking over this year’s crop of artists, which was headlined by Green Day, Blink-182, Beck, Kings of Leon, Weezer, and Jimmy Eat World, the obvious concern is that all but KoL have roots dating back to the ’90s. It doesn’t take more than one afternoon of listening to KROQ to hear just how indebted the station is to that decade, with Nirvana, Sublime, and Red Hot Chili Peppers still among the most played acts. But every year there is new blood injected into the scene, too, and though none were headlining this year, it isn’t hard to recognize that The Black Keys, Arctic Monkeys, Muse, and Coldplay are also pillars of the genre.