Purchase your very own Catalan caganer of Bono, Bruce Springsteen, or Prince 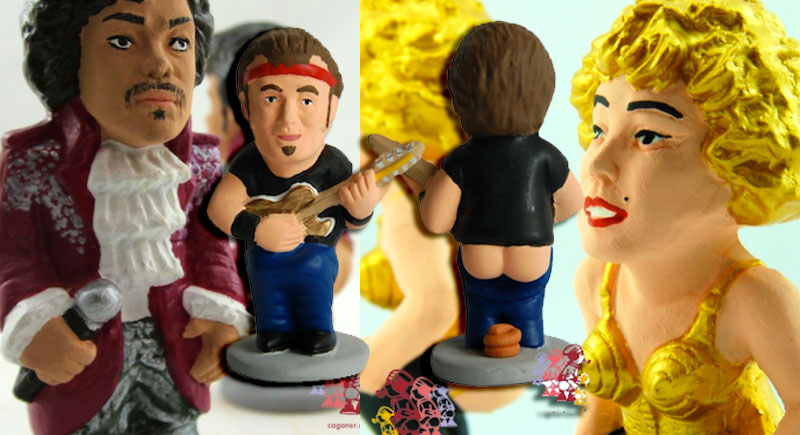 Ever wondered what Prince looked like taking a poop? Or Bono making a boom-boom? Or Shakira dropping a shit? Then let us be the first to introduce you to Caganers.

Loosely translated as “Crappers”, Caganers are little figures depicted with theirs pants down, squatting and defecating on the ground. In the Catalonia region of Spain and other Catalan cultures, the little shitters appear hidden in or around nativity scenes as a means to either represent fertility of the Earth or the “outsider” spoiling ornamental extravagance, depending on your source.

Modern Caganers often are designed after celebrities or famous characters, and Caganer.com has quite the collection for sale. They’ve got cartoons like The Simpsons and comic book superheroes, movie and TV favorites like Star Wars and Game of Thrones, and even political figures like Hillary Clinton and Donald Trump.

For our purposes, we were instantly intrigued by the musician options available. After all, who hasn’t wanted to see Freddie Mercury dropping a deuce, or Michael Jackson cutting a log? If like us, you too have had such admittedly strange inclinations, check out some of our favorite rock star Caganers below, and head here for more or to buy your own.