A professional but uninspired collaboration between metal heavyweights 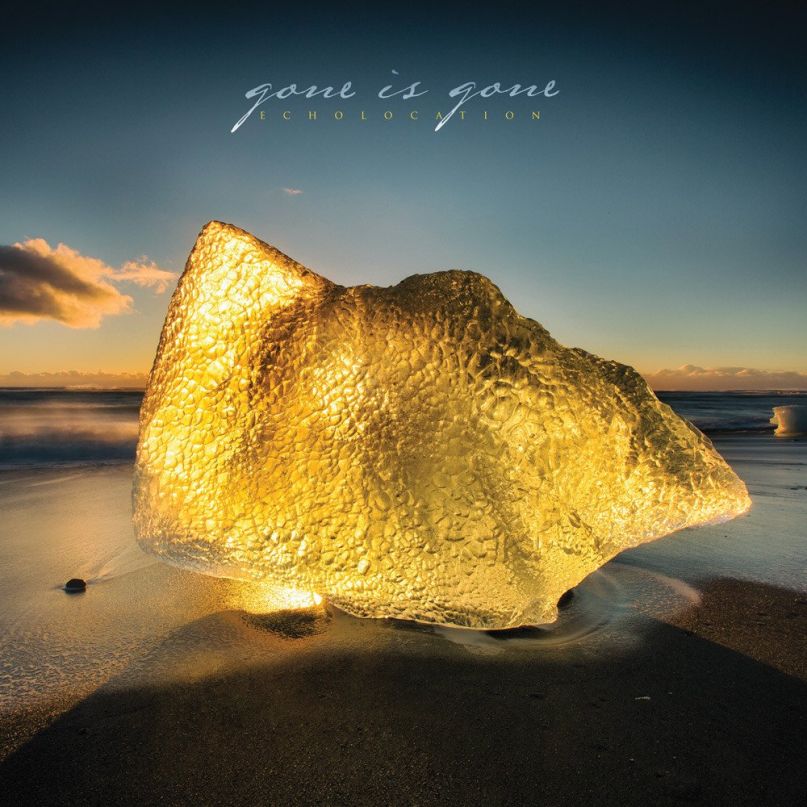 The word “supergroup” gets thrown around in most of the coverage of Gone Is Gone. Composed of Troy Sanders (Mastodon), Tony Hajjar (At the Drive-In), Troy Van Leeuwen (Queens of the Stone Age), and film composer Mike Zarin, Gone Is Gone joins the recent crop of metal collaborations like Sumac and Palms. Metal remains ripe territory for cross-genre experimentation, which makes it unsurprising that even the most adventurous metal musicians continue to seek out new avenues for sonic discovery.

For that reason, “supergroup” is an inaccurate term in characterizing bands like Gone Is Gone and Palms. There’s plenty of star power, to be sure, but the impetus for creating these projects is creative expansion, not to simply throw together the marquee names of metal for celebrity’s sake. Sanders is adamant about the decidedly non-flashy creation of Gone Is Gone, telling Fuse, “The four of us involved were never looking to start, form, or join another band, as we’re quite fulfilled with out existing musical endeavors.” The band’s self-titled EP and now their full-length debut, Echolocation, bear out their unfussy planning.

Echolocation is a steely and glum collection, with crunchy guitar riffs giving way to brief expanses of ethereal textures, the latter undoubtedly Zarin’s handiwork. Gone Is Gone sound serious in the way that most people expect metal bands to sound serious: bellowed vocals, plodding drums, down strums hitting like sledgehammers. But Echlocation is no manifesto for a serious and daring collaboration; it’s the sound of four good friends, all talented musicians, getting together to try out something new.

That “something new” is muddled, though. It would be banal, even tautological, to say that Echolocation is the sound of each member’s musical background coalescing, but it’s an entirely accurate description of the record. Mastodon and At the Drive-In are known and loved for their eclecticism and disregard for generic song structure, features that are almost entirely absent in the music of Gone Is Gone. The guitar tones on the album coagulate into a monochrome gray. (The out-of-left-field inclusion of acoustic guitar on late-album cut “Resolve” proves a nice respite.) The lyrics are cryptic at best and forgettable at worst, as on “Pawns”: “And we have no control/ In time you’ll never know.” The songs chug along dutifully – no one is asleep at the wheel here – but it’s not long before they bleed together into a nearly undifferentiated mass.

This isn’t to say that the talent of Sanders, Hajjar, Van Leeuwen, and Zarin isn’t evident. The rollicking bassline on “Gift” is an early highlight, and the bluesy guitars on “Pawns” and “Slow Awakening” are a nice deviation from the distortion that forms the dominant sound of Echolocation. Zarin is especially critical to the album’s best moments; the slow-burn opener “Sentient” juxtaposes film-score ambience with a reverb-laced guitar lead to a properly moody effect. But these compelling moments never amount to anything more than patchwork glimpses of a much more successful project. The pedigree of Gone Is Gone is indisputable, but the union of these musicians plays out like Most Common Denominator: The Album.

On paper, there’s plenty to like about Gone Is Gone that goes beyond the prior projects of those involved. At its best, Echolocation marries boot-stomping guitar and bass riffs with gritty reboot atmospherics, a union that would prove fruitful as backing music for the next big-ticket action flick. While it’s a relief that there’s no supergroup pretension present, it’s also a shame that it sounds like the original projects of its members thrown into a blender cranked to its highest setting. That kind of blending obscures the individual contributions of each musician, which ultimately renders Echolocation a dull effort.