"For us it’s a feeling of solidarity — to not feel powerless," says Win Butler 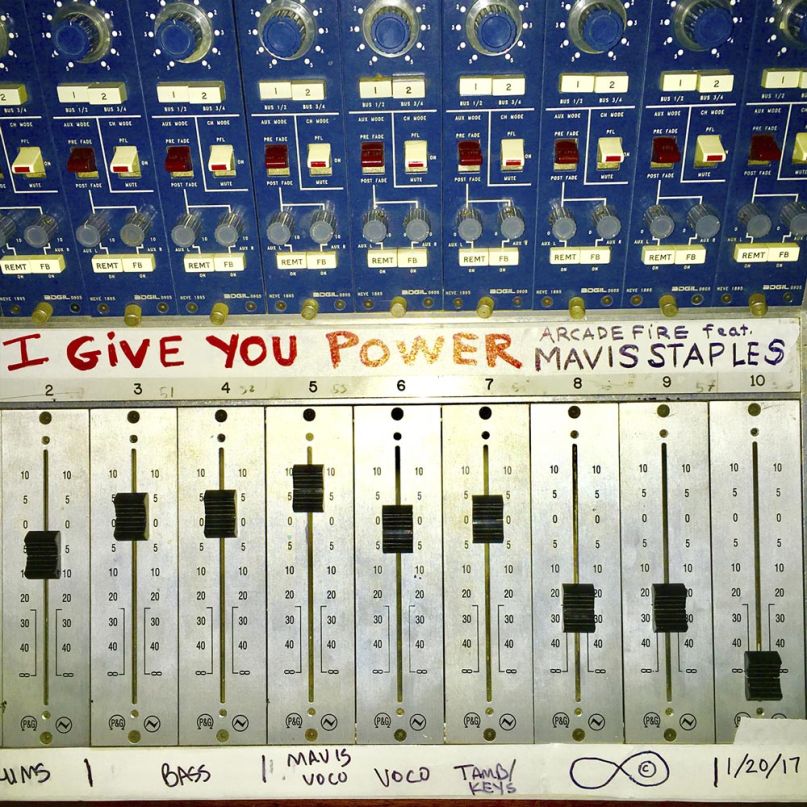 Arcade Fire returned last week with “I Give You Power”, their first new recording since 2013’s Reflektor. A collaboration with soul icon Mavis Staples — as well as a timely bit of criticism given our political climate — its proceeds benefit the ACLU.

“It’s easy to get sucked into sitting on the couch and checking your news feed and watching things on CNN and we’re just musicians and the only thing we have to offer is our music,” frontman Win Butler explained in an interview with Zane Lowe shortly after the song’s release. “I talked to Mavis last night and she said now more than ever we just need to hold onto each other for us it’s a feeling of solidarity — to not feel powerless and focus on what we can do as individuals and try to do our part.”

Today, two alternate versions of the song have been revealed. One is a slightly shorter rendition dubbed the “Broken Speaker Mix”; the other is a purely instrumental take, with the track’s oddball synth work at the forefront.

Arcade Fire recently completed recording their much anticipated new album. They celebrate the release of their Reflektor Tapes/Live at Earls Court Blu-ray/DVD today.