Arcade Fire have finished recording their new album, massive tour in the works 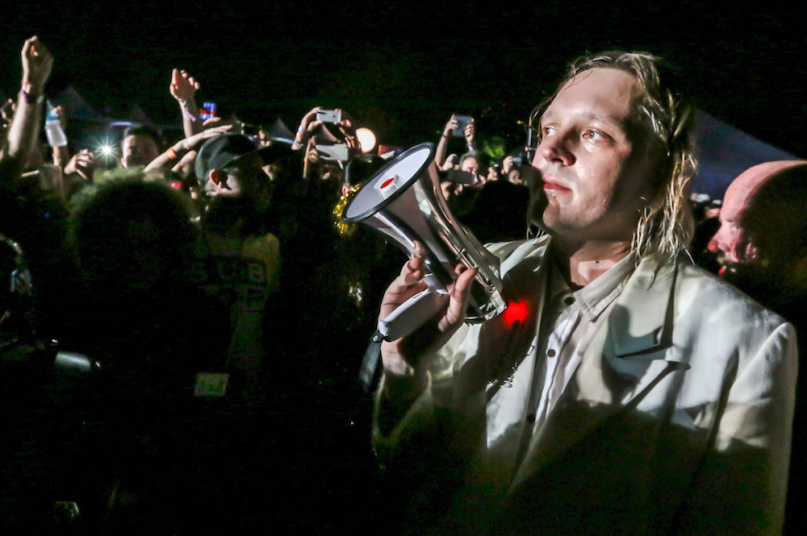 Last June, Arcade Fire’s Will Butler hinted that the band’s next album could be in the hands of fans as early as Spring 2017. Now, a new update from drummer Jeremy Gara confirms that the Reflektor follow-up is still on track for release sometime this year.

Speaking to Red Bull Poland (via ArcadeFireTube), Gara said that Arcade Fire have finished recording all the tracks for their new LP, which “should come out this year.” Though the pieces are all there, the Canadian outfit is “still mixing and trying to decide which songs will end up on the record, because we’ve recorded more than we need.” Gara acknowledged that the group is aware of the high anticipation surrounding the fifth studio LP, but stressed that there’s no pressure to rush the process. “I know we’re a popular band, but we always stick to the same rule; we record until we feel that the music is ready.”

In terms of touring, the percussionist speculated Arcade Fire may support their new album with two years’ worth (!) of concerts, beginning in April. “I don’t know where we’re going to play, I don’t know when we start, or when we finish,” he explained. “From my perspective, it looks like Arcade Fire starts in April and finish around April 2019.” At the moment, the indie rockers have a smattering of live performances confirmed for June and July, most of which are European music festivals.

To tide fans over until the new album, Arcade Fire are putting out The Reflektor Tapes/Live at Earls Court on January 27th. The DVD collects their first feature film and concert footage from their 2014 Reflektor tour. Below, watch a clip from the release.