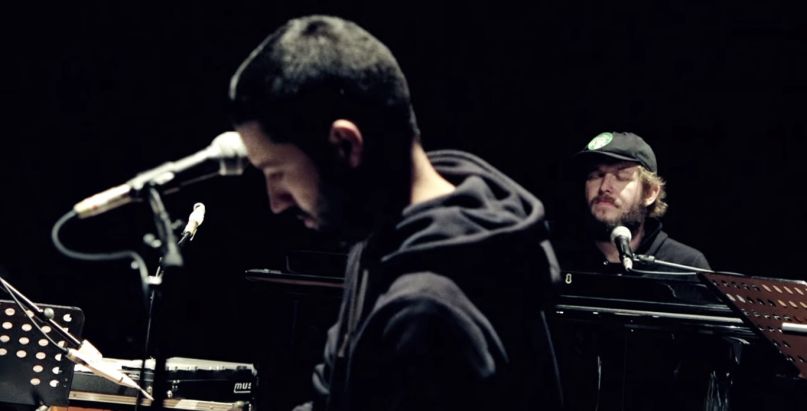 Bon Iver songs are about as intimate as they come, but the days of hush, cozy Bon Iver shows have long since passed. After collaborating with Kanye West, landing on mixtapes made by Chance the Rapper, and appearing on our top albums of 2016, it looks as if the artist known as Justin Vernon is bound to forever play the big stages.

That’s why this new video from French website La Blogothèque is such a revelation. Filmed as part of the site’s Take Away Shows series, it finds Vernon playing “Babys”, a deep cut from Bon Iver’s 2009 Blood Bank EP, to a tiny crowd at Berlin’s Funkhaus radio studio. Joining him is S. Carey, perhaps the only Bon Iver collaborator who can match Vernon’s signature falsetto. Together, the two cry out to the heavens while pounding away at their pianos, resulting in what’s probably the most stripped-down Bon Iver performance of the decade.